Nonprofits are everywhere. Wherever you are located, it's likely that there are numerous nonprofit organizations at work in your community that you've never even heard of. In 2009, the Hayward (Calif.) Public Library merged with another city department and took on the city's community grants program. They found that in this city of 150,000 there are over 2,000 nonprofit organizations [2]!

Nonprofits include everything from local faith-based organizations to multinational NGOs (non-governmental organizations). So there are no shortage of potential partners. There are countless ways that libraries can partner with these groups — so many, in fact, that an entire book [3] and a Reference & User Services Association (RUSA) webinar [4] on the topic are due out this spring. 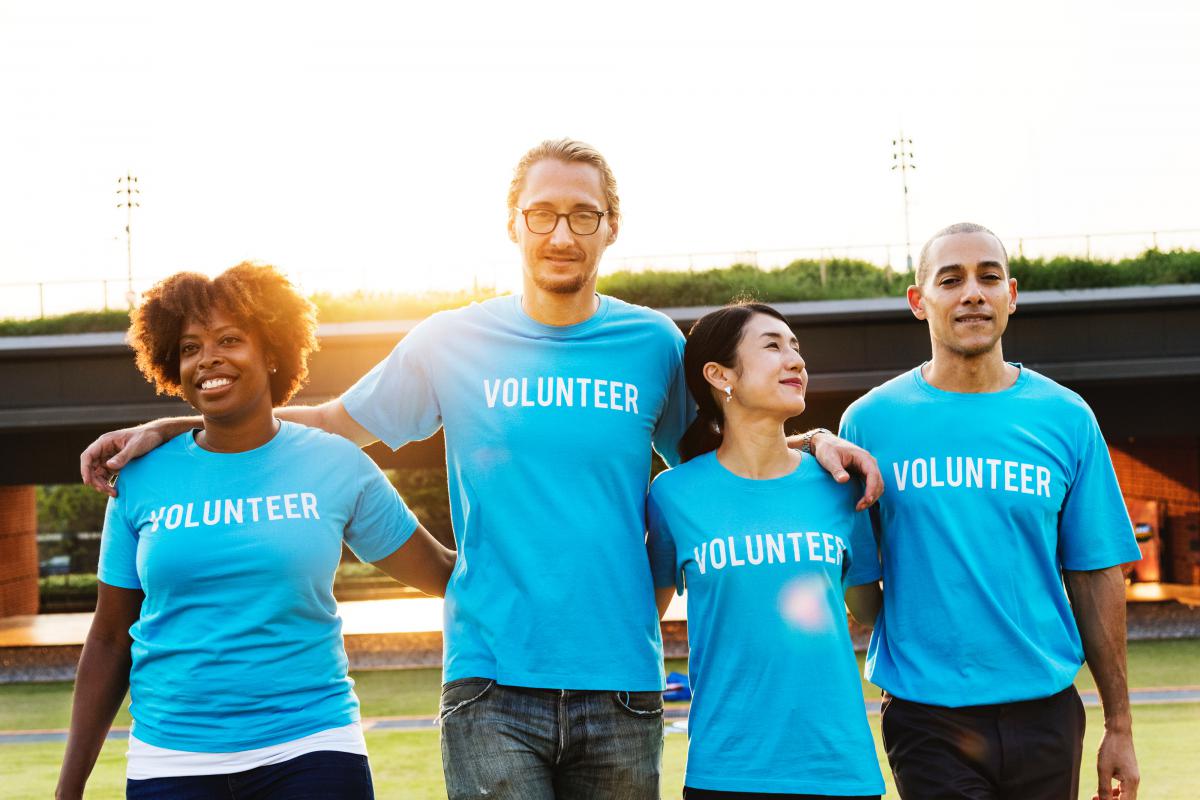 "If you don't have a seat, bring a folding chair"

In metro Atlanta and Baltimore, libraries have partnered with Vision to Learn [5], a national organization that provides vision screenings, eye exams and glasses to underserved youth. Tom Brooks of the Cobb County Public Library System in Marietta, Ga, shared with Programming Librarian [6] how this partnership worked at his library. WJZ-13, a CBS affiliate in Baltimore, produced a video on how the program operates in the Baltimore County Public Libraries. The video, and its transcript, can be accessed here [7].

Brooks told me that the Cobb County Public Library got involved with Vision to Learn simply by approaching them and telling them they wanted to help support their mission. He shared with me a quote that orients his approach to forming partnerships: “If you don’t have a seat at the table, bring a folding chair.”

That strategy has paid off. The most recent Vision to Learn program at Cobb County Library took place earlier this month. At that event, 26 kids were screened; 17 will receive free glasses. Brooks estimated that since the partnership began, the library has helped distribute 136 free pairs of glasses to children in need.

Changing the narrative: Libraries as health and wellness leaders

The story of Vision to Learn in Cobb County echoes the experiences of many librarians, who are often initially passed over by potential partners who don't think of the library as a place involved in promoting health and wellness. We need to change that narrative by telling nonprofits what we bring to the table.

That is exactly what happened in Dayton, Ohio, where public librarian Kathleen Moore started getting involved with local conversations about how to end infant mortality in her community. In her keynote address at the 2018 Association for Library Service to Children (ALSC) Institute [8], Moore discussed how the Dayton Metro Library became part of local conversations on pediatric health. These conversations included nonprofits like the Community Health Centers of Greater Dayton, as well as governmental and private organizations.

What Moore found in Dayton was similar to what Brooks found in Cobb County: Nonprofits are not going to approach you; YOU need to approach THEM. A big part of her presentation focused on how to get the library’s foot in the door. Nonprofits focused on health and wellness are typically understaffed, overworked and focused on achieving their mission. They are unlikely to see the library as a partner unless you can paint them a picture of how you can help address their mission.

That’s exactly what Moore did in Dayton. She started showing up at events on infant mortality. She was asked to become more involved, which led to a Dayton librarian being added to a parent task force.

In forming these sorts of partnerships, “We need to show up, and we need to show up every time,” Moore said. “Always say yes” when partners ask you to do something and “you’ll be invited next time. ... Show them that you in the library really care about the same things as them — that goes a long way.”

Steps toward building a partnership

How can libraries start teaming up with nonprofits for health and wellness programming? The first step is identifying a health issue that is attracting attention in your community. In Dayton, that issue was infant mortality. In Atlanta, it was a push to provide free vision services to all children [9]. What are the major health issues being discussed in your community? Start there. If you don’t know what those issues are, reach out to your local health department [10].

After you’ve identified the issue, you need to convince busy nonprofits that the library has something to offer their cause. In Baltimore and Atlanta, the “sell” was the idea that the library is a natural community gathering place, particularly when school is not in session. In Dayton, the “sell” was librarians' expertise in early literacy: the library ended up creating Love Them Out Loud [11] early literacy gift boxes that could be distributed by doctors and nonprofit health providers in low-income communities. (The gift boxes are a type of “program in a box” that inexperienced parents learn how to talk, sing, play and read with their child.)

Finally, consider how to measure your success —and think outside of the box. In Dayton, the library decided that bringing people into the library was not the only outcome they cared about. Instead, Moore said, the library sought to (1) further establish the library as an education anchor in community, and (2) create community partnerships. Just creating those relationships with nonprofits is an outcome in and of itself.

Libraries have so much to offer nonprofits! Let’s get out there and make the case that we can do more by working together.

Want to learn more about this topic? Check out how the library in the small city of Miami, Okla. (population 13,570), created a multi-year community health project focused on health programming, with partners including two nonprofit healthcare organizations [12]. With their partners, the library has launched a children’s community garden and held nutrition and physical activity programs for youth as well as for adults. Since 2013, 711 people have participated in these programs.

What has been your experience working with nonprofits? Let us know in the comments!