We've all been there — the crafts are set up, the snacks are out, and you’ve got your programming director hat on. You're prepared for a great turnout … and then nobody shows up.

It's a huge letdown to be excited about a program only to have zero attendance. You wonder what you did wrong, why no one was interested. It's easy to get down on yourself. 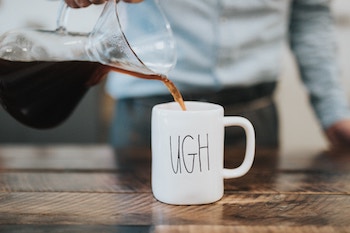 Programs are going to fail sometimes. But it’s important to try to turn unsuccessful programs into something from which you can learn and grow. Here are some ways I've grown from my most cringe-worthy programming flops.

Keep track of your programs

What worked? What didn't? How many people attended? Why do you think the program was a success or a flop? What would you do differently next time?

We should ask ourselves these questions after every library event. Keep a document with all this information for future reference. I use an Excel spreadsheet.

It's simple, but it really comes in handy when trying to plan programs. With this document, I'm able to look back and see that the last two adult programs I tried on a Thursday evening did not have great attendance, so perhaps I should try a different night instead. I can also see that weekends in December have not worked in the past because many families go out of town, so maybe I should stick to weekdays that month.

Instead of chalking up an unsuccessful program to bad luck, do a little thinking and see if there was anything else going on at that time in your community. A competing event? Bad weather? Perhaps you advertised on Facebook but forgot to post the event in the local newspaper, or you didn’t hang up fliers like you usually do?

I once scheduled a sign-painting program, aimed at teachers and school staff, to take place in August. Silly me, I didn’t take into consideration how busy and stressed most school employees are during the few weeks before school starts. There weren't enough registrants, and I had to cancel the program. 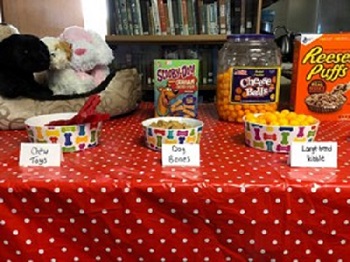 I find that nine times out of ten, the reason for low or no attendance is not a lack of interest in the program itself. The timing just wasn’t right, or I missed a step in the planning and marketing process.

Don’t be afraid to make fun of yourself

It's important to keep a sense of humor and be able to laugh at yourself sometimes.

Last year, I planned a “puppy party” program that I was very excited about. It had an adorable craft, cute dog-centric decorations, dog breed trivia and on-theme snacks all out on display in (unused) dog bowls — cheese balls as “large-breed kibble,” Reese’s Puffs cereal as “small-breed kibble,” Scooby Snacks graham crackers as “dog treats” and Twizzlers as “chew toys.”

It was the cutest thing ever. My dog-loving husband, who often helps with programs, and I waited to watch kids stream in the door.

No one showed, not one person!

At first, I was devastated, but then my husband and I decided to make a joke out of it and do the program ourselves. We made dog-ears out of felt and a headband, played the games, and yes, ate the snacks out of the dog bowls. We took funny pictures and later posted them on social media, joking about what a hit our program was. People got a kick out of it and gave a lot of feedback on what a good program it should have been. 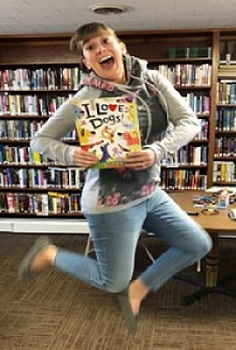 Learn from your mistakes

What I neglected to mention in the example above is that the aforementioned “puppy party” was centered around Animal Planet’s "Puppy Bowl," which takes place immediately before the Super Bowl.

Because I care far more about puppies than about football and had no interest in pre-gaming, I assumed there would be others like me. I was wrong. In small-town, rural Iowa, nothing can compete with football!

In retrospect, it was silly of me to try to swing a program on Super Bowl Sunday, but hey, we learn from our mistakes! Sometimes the only way to learn is to try and fail.

We all fail. It's a part of life. We cannot grow as librarians, as humans, without failing a few times in the process.

Don't dwell on your mistakes; learn from them. Without that dead-empty storytime, you might not know not to plan kids’ programs at 3:30 p.m. because they don't get off the bus until 4. Without that failed social media event for teens, you might now learn that most young adults no longer look at Facebook, and you should offer programs on Instagram and SnapChat.

So don't feel bad. Before you can focus on making it right, you have to learn what's wrong.