It's a sticky subject in the library world: is it appropriate for public libraries to charge a fee for patrons to participate in programs?

I'm not trying to take sides, but rather illuminate some of the reasons why libraries might charge fees and to start what I hope will be a productive dialogue about this emerging dilemma. 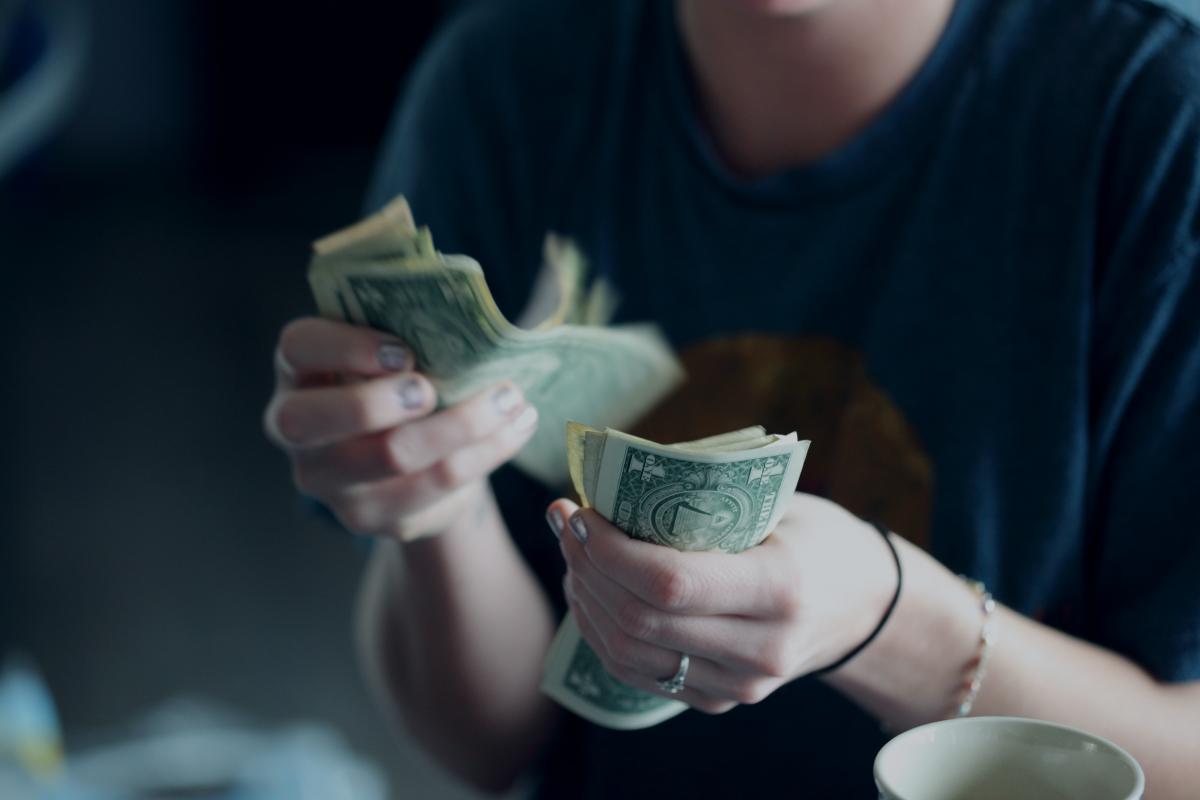 First, though, a clarification. In this post I’m not considering library events that are labeled as fundraisers, things like library 5Ks, after-hours concerts where adult beverages are served or special mini-golf events. Instead, I'm talking about regular library programs that are developed as part of the lifelong learning and recreation goals of the library.

Which programs do people pay for?

What types of library programs come with fees? It depends. Here are a few I’ve come across in my research:

What do these three programs have in common? There are a few threads that I can see. First is a relatively high costs associated with supplies — both culinary literacy programs and music classes require participants to have supplies that could be outside the budget of most libraries. Second, there may be a high costs associated with instructors — the music and fitness classes both rely on skilled instructors, paid by the library, who are not library employees.

Other libraries charge deposits. In the United Kingdom, the Westminster Reference Library, a public library branch in the city of Westminster, advertised what it calls a “FREE event [6] via refundable deposit of £6 on attending event.” Here the motivation seems targeted more at ensuring attendance than on financially supporting the program.

Still others ask patrons to provide materials associated with a program. When I brought up the topic with ALA's Programming Librarian Interest Group [7], several people said their library asked patrons to bring supplies to some craft programs, such as t-shirts for tie-dye programs or needles for a knitting class. One library provided a supply list in advance to help patrons plan their purchases. 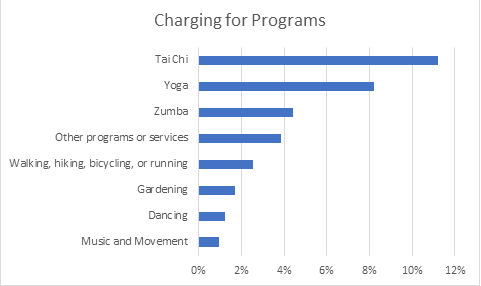 Of course, it's likely that these decisions tie back to program budgets and staffing. We can all appreciate the challenge of tight library budgets, and many of us know the frustration of putting many hours — and dollars — into planning a pricey program only to have no one show up. Requiring a fee not only makes programs more feasible for cash-strapped libraries, but a financial investment of even a few dollars often gets registrants to show up. (Plus, a $2 fee for a firness class pales in comparison to what someone would pay elsewhere.)

Still, my research has shown that charging for library programs remains quite rare. As part of my spring 2017 Let’s Move in Libraries survey [8], I asked public libraries if their movement-based programs "sometimes or always require participants (check all that apply): a) register in advance, b) sign a waiver of liability, c) pay a fee, d) do something else, or have e) no requirements for participation.”

Digging deeper into this data reveals, as suggested above, that the decision to charge for library programs seems related to economic need. The figure above displays the programs most likely to have fees associated with them. It shows that the idea of charging for library programs remains a fringe concept, with only one of the programs surveyed having more than 10 percent of respondents reporting fees (11 percent of the 86 libraries that reported offering tai chi programs reported charging for them).

What do you think?

I’ve raised this topic a few times on the Programming Librarian Interest Group [7] in recent years, and the question has elicited many differing opinions. Some report their local administration prohibits charging fees for programs, and one person wrote that “even asking for donations to cover supplies/costs from participants can be tricky.”

Another person wrote, “If we can't cover the cost of supplies, we don't offer it.” This sentiment that gets to the crux of the dilemma.

ALA has not taken an official stance. Like decisions regarding program content, decisions regarding program fees are best left to the individual institution, said Jeff Lambert, chair of ALA’s Public and Cultural Programs Advisory Committee (PCPAC).
“In an ideal world, public libraries would have ample programming budgets and all of their offerings would be free and accessible to everyone,” Lambert said. “But libraries all face different circumstances, and we leave it to them to make the best decisions for their communities based on their available resources.”

Librarians want to provide access to lifelong learning opportunities in many forms. The libraries mentioned in this blog post are not trying to create barriers to access. My hunch would be that if you asked the librarians responsible for these programs, they would say their practices emerge from a desire to create access. Given their financial situations, some libraries feel the only way to provide access to some lifelong learning opportunities is to ask or require participants to pay something, either directly through the exchange of money, or indirectly by requiring them to bring supplies they have purchased to the library.

What are your thoughts? Join in the discussion on the Programming Librarian Interest Group, reach out to me directly [9], or simply leave a comment.