In 2013, Sharon King’s mother, Vivian W. Butts, got sick. With Sharon living in New York and her mother in Bethlehem, Pennsylvania, the close-knit Black community in Bethlehem rallied to take care of Vivian while Sharon was away.

“Wherever my mother was — the hospital, a nursing home, a rehabilitation center — people from the community came and visited her. They came at all hours of the day or night,” Sharon told Rayah Levy, head of adult services at Bethlehem Area Public Library [2]. Vivian was the first African American woman police officer in Bethlehem and a beloved figure in the community. 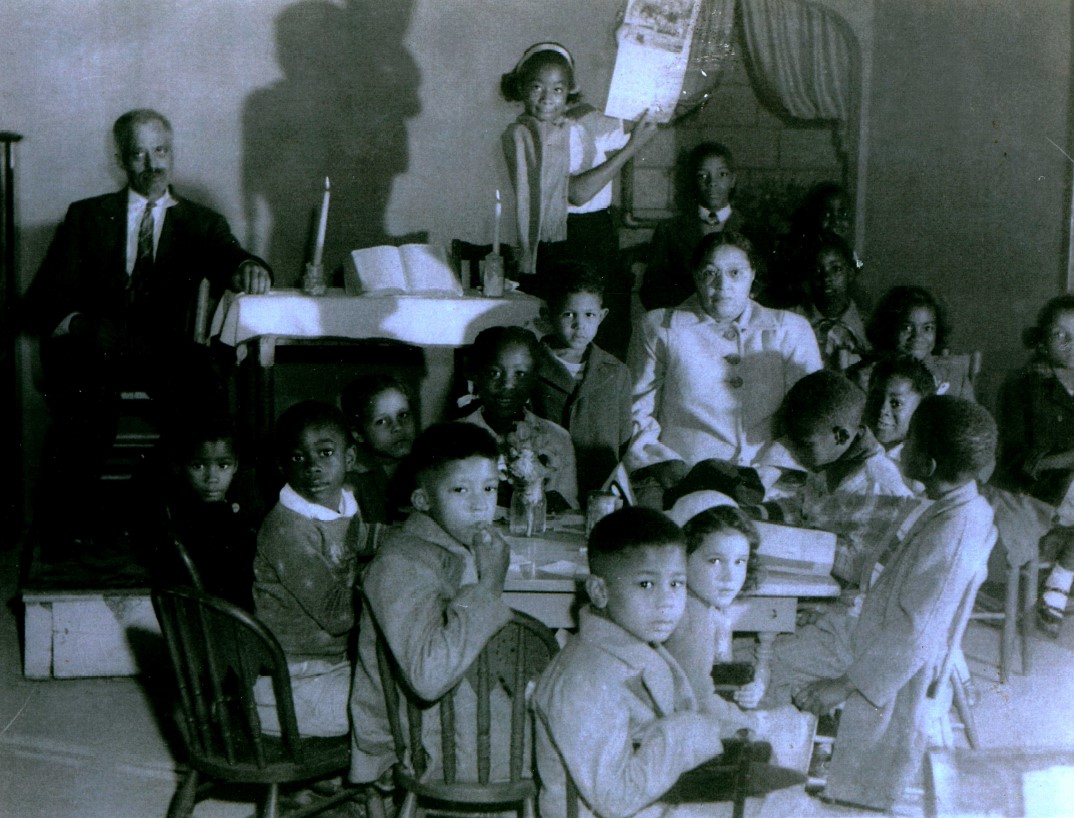 Sharon’s story of an enduring and loyal community in Bethlehem is one of many told through “Voices from the African Diaspora: The Black Experience in Bethlehem, Pa.” The oral history project, spearheaded by Levy at BAPL, is a first-of-its kind historical study of Blacks living in Bethlehem. The project received funding from the Lehigh Valley Engaged Humanities Consortium, as a grant initiative generously sponsored by the Andrew W. Mellon Foundation. The project is digitally archived [3]at Lafayette College Libraries.

I spoke with Levy about the project and what it means to her and Bethlehem’s Black community to have their stories recorded for the first time.

Tell me about the Bethlehem Area Public Library and the population it serves.

The library serves over 114,000 people from the city of Bethlehem, Bethlehem Township, Fountain Hills and Hannover Township. Most people who live in the Bethlehem area are white, but there is a substantial and growing Latinx community. I looked at recent census data and in 2000, the Black population was roughly 4 percent, and in 2010, it was a little less than 7 percent. I’m very curious to see what that percentage is when this year’s census comes out.

How did the Black Bethlehem Project begin?

Everything about this project is serendipitous from beginning to end. I was sitting at the library’s reference desk one day, which is done sporadically, and just by chance two Moravian College students walk in. Their professor, Akbar Keshodkar, told them go the public library for historical information on the African American community.

I started searching and found minimal information for the students. The local history room at the library has a lot of information on the Moravians, who founded Bethlehem in the 1700s. The Moravians owned slaves, and since the Black history of Bethlehem goes back hundreds of years to its founding, I was also hoping to incorporate the descendants of the African Moravians into the project. However, I was unable to find subjects from this part of history to interview. What happened to the descendants of that Black community was a puzzle that I wanted to unravel.

Despite the conundrum of the Black Moravians, I always knew in the back of my mind that I wanted to expand the library’s local history collection to be more diverse and to tell untold stories. The students walking in that day was the spark I needed to begin this project. 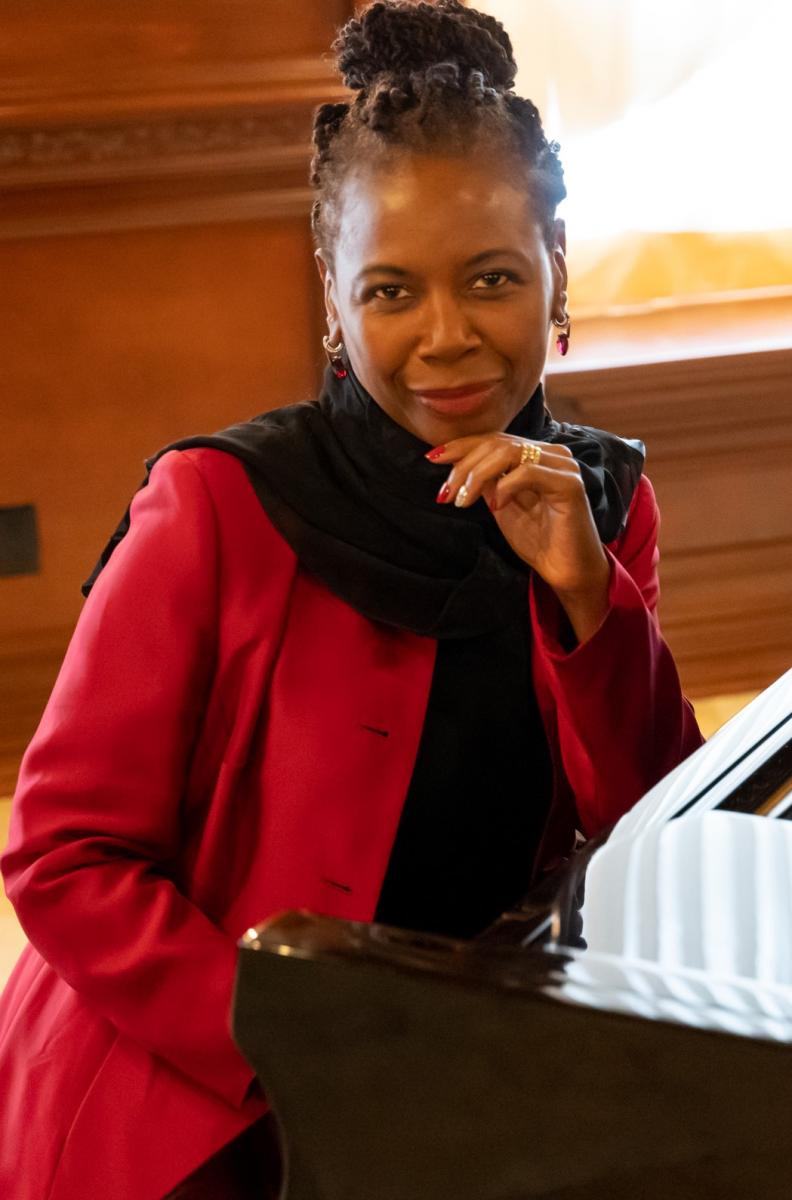 What steps did you take to get this project off the ground?

Even before this project, I was always making connections within the Bethlehem community. Before we even got funding, I had lists of people I wanted to interview because of my connections.

Through getting to know the community, I discovered a close-knit Black community in Bethlehem. I learned which families came from the South in the 1860s and which ones came in the 1960s and 70s. I learned about the organizations that kept them grounded and what churches they attended.

In 2018, the library’s director, Josh Berk, sent me a copy of the grant from the Lehigh Valley Engaged Humanities Consortium [4] (LVEHC). They were looking for something original and diverse, and I knew immediately that this was the grant we needed to get this project going. It was October when I got the news that we received the grant and I started work on it immediately — after a quick celebration in my office, of course!

There is an oral and archival component for this project, and the $11,000 grant helped us get original documents, photos and papers to jumpstart our original collection of Black Bethlehem history.

What is significant about the Black history of Bethlehem and the Black Bethlehem community in 2020?

Coincidentally, the project launched to the public the same week of George Floyd’s murder, and it started a conversation in the wider Bethlehem community.

After George Floyd, people in the community seem to be more widely aware, but they don’t necessarily see the biases of every day. For example, you can count on one hand how many Black teachers there are in the school district here. Moving forward, it’s important for people in the entire Bethlehem area (we have three great colleges here) to know about the contributions the Black community has made here for 200-plus years. This project is a great way to start.

One question I had for my interviewees was, even though Bethlehem has a long history of Black Americans, why is it that this population has not grown or has grown so slowly? Most answers were the same and had to do with the local economy, a lack of opportunity for younger Black college graduates and the general culture in Bethlehem being overtly white. 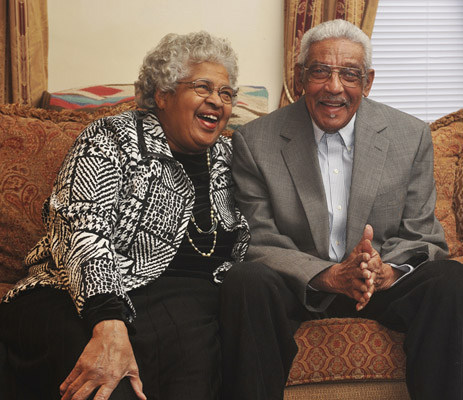 Speaking of 2020, a lot of libraries and schools are closed and have switched to virtual learning and programs. How do you see this project working virtually?

Oral histories have an advantage with virtual programming because they are recorded and easily accessible online. I have already begun a virtual aspect of presenting this project since it premiered back in June, mid-pandemic. I have made video recordings of myself talking about the project and have made video montages of interviews that I’ve done to present virtually. In the past for in-person programming, I’ve done talkbacks where the crowd can ask questions after I play snippets of my video interviews. Earlier this year, one of those events was recorded and can now be viewed online [5]. That can be easily implemented virtually with Q&A functions on Zoom or even on social media livestreams.

The local colleges will also use this project as a resource. I would love to see the project presented in the local public school history curriculum one day.

What advice to do you have for libraries considering their own oral history projects?

An oral history project can go so many ways and is bound to change direction at one point or another. If you have a vision in mind and it’s not going the way you thought it would, sometimes you need to step back and rethink.

It is also important to set a date of project completion. Select a date and when it should be accomplished. If it doesn’t happen, select another date. It will happen!

Finally, get ready for this to be a huge time commitment. I made myself available at all hours and opened my home for interviews during my days off. You need to make yourself available if you want to get a lot of great stories from a wide array of people.

What has been the most rewarding moment of this project to you? And how do you want to expand this project in the future?

Everything has been incredibly rewarding. I especially loved Sharon King’s story of the community coming together to take care of her mother. It really showed what this community is about and the strength and continuity it has. I want the people who contributed to this project to know that their stories are now safe and preserved for generations.

Moving forward, I am working on an independent project in collaboration with Lehigh University and with the president of the NAACP, Mrs. Esther M. Lee, to help bring more of these stories and documentation to a central place. Our aim is to have a physical place in Bethlehem, similar to that of the New York Public Library’s Schomburg Center for Research in Black Culture [6], where people can go to talk about and preserve their histories. They won’t need to worry about people dismantling it or accidentally throwing away archived material. Whatever is there will stay there.

Funding for this article series has been provided by the National Endowment for the Humanities (NEH) as part of Coronavirus Aid, Relief and Economic Security (CARES) Act economic stabilization plan.