Published on Programming Librarian (https://programminglibrarian.org)
May 25, 2021
By

This falls into the “other duties as assigned” category for rural library staff.

In February 2021, a winter storm caused statewide power and water outages in Texas. You may have heard about the power grid failure; the loss of power resulted in the failure of our water system due to frozen pumps and broken pipes.

The city of Pottsboro and surrounding areas suffered a four-day electricity outage and a five-day water outage. And the library emerged as an unexpected leader helping connect people to the resources they needed to survive. We held community conversations thanks to the Libraries Transforming Communities: Focus on Small and Rural Libraries [2] grant to discuss emergency preparedness if a situation like this were to happen again.

The interior of my house was 33 degrees at one point. Luckily, before the storm I checked out a portable power station from the library that is used for outdoor presentations. It even has solar panels.

This allowed me to keep my phone and laptop charged, and I filled my bathtubs with water to be used for flushing toilets. (That’s right — something I had never considered. In a five-day event without running water, toilets couldn’t be flushed. Some people melted snow for this purpose, but especially around multifamily housing, available snow on the ground was soon depleted.)

Social media was flooded with frustration, questions, request for assistance, as well as offers to help. What about people without access to social media or the Internet? Our small town has no newspaper, no TV station, and the public was unable to reach city government by phone or email. The small city staff had its hands full working to restore the water system.

In the library’s role as information provider (a new term I learned that speaks to me is “information utility”), the library staff brought together resources. We connected farmers with wells, to volunteers with trucks and water containers, to people who needed water for drinking, washing dishes, and flushing toilets. 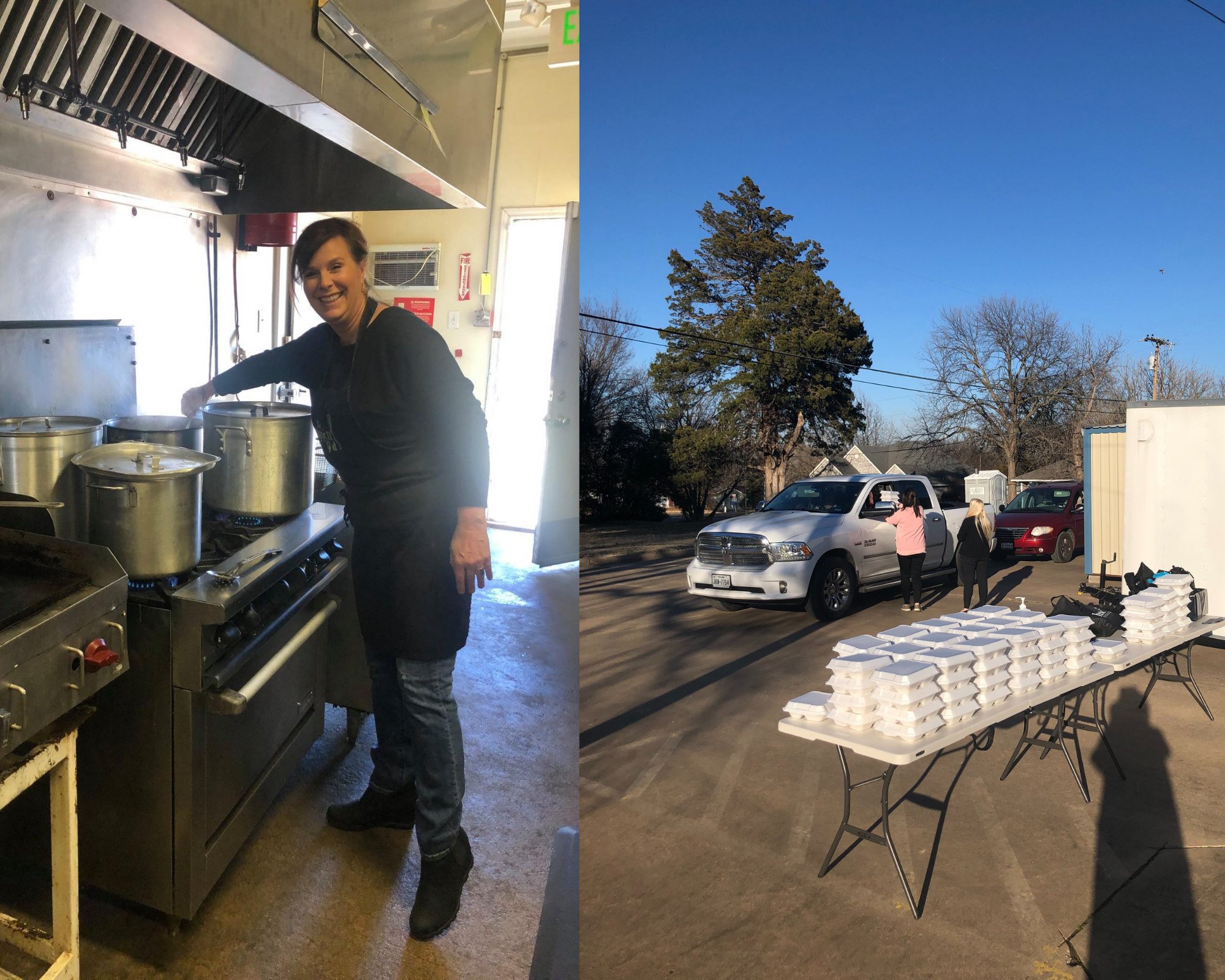 The library became the community water distribution hub as hundreds flocked to the building with containers to meet the trucks with well water.

Through social media, phone calls and texts, we were able to connect people [3] with the resources they needed. For those who did not have transportation, our volunteers even delivered water to their homes (and filled their toilet tanks). We were able to help neighbors check on elderly neighbors. I went door to door at apartments to alert people to the water truck that met me in their parking lots.

A local restaurant owner who still had power volunteered to cook a hot meal for 100 people that could be picked up at the library. The library was responsible for delivering well water to the restaurant and distributing the meals.

Many people were angry at the lack of visible response from the city. The library, on the other hand, received accolades for our involvement, which is a potentially awkward position to be in with our city government. Once the event was over, everyone seemed to quickly forget about the issues.

Not wanting to lose the opportunity for civic engagement around emergency preparedness, the Pottsboro Library held a community conversation as part of our Libraries Transforming Communities: Focus on Small and Rural Libraries [2] grant. The strongest thread that emerged was the desire for community members to take responsibility for preparedness as much as possible.

There was recognition that during such a catastrophic event, a small town doesn’t have the staff to take care of everything. We need to be able to take care of our neighbors and ourselves. The city manager was doing things like fixing broken pipes — things that would be taken care of by whole city departments in a larger city.

The next step was a stakeholder meeting at the library that included the director of the Grayson County Office of Emergency Management (OEM), the mayor, the city manager, the county commission, representatives from the fire department, local residents and library staff.  The OEM stated that one of the biggest lessons from the weather event was the inadequate communication to individuals. Government officials were so busy planning and talking among themselves that residents weren’t informed. OEM suggested that, going forward, this would be an ideal role for a library.

Currently a nine-week Community Emergency Response Team (CERT) [4]training is being scheduled at the library. The OEM will provide the training, which is targeted at community members who want to be involved with emergency preparedness. 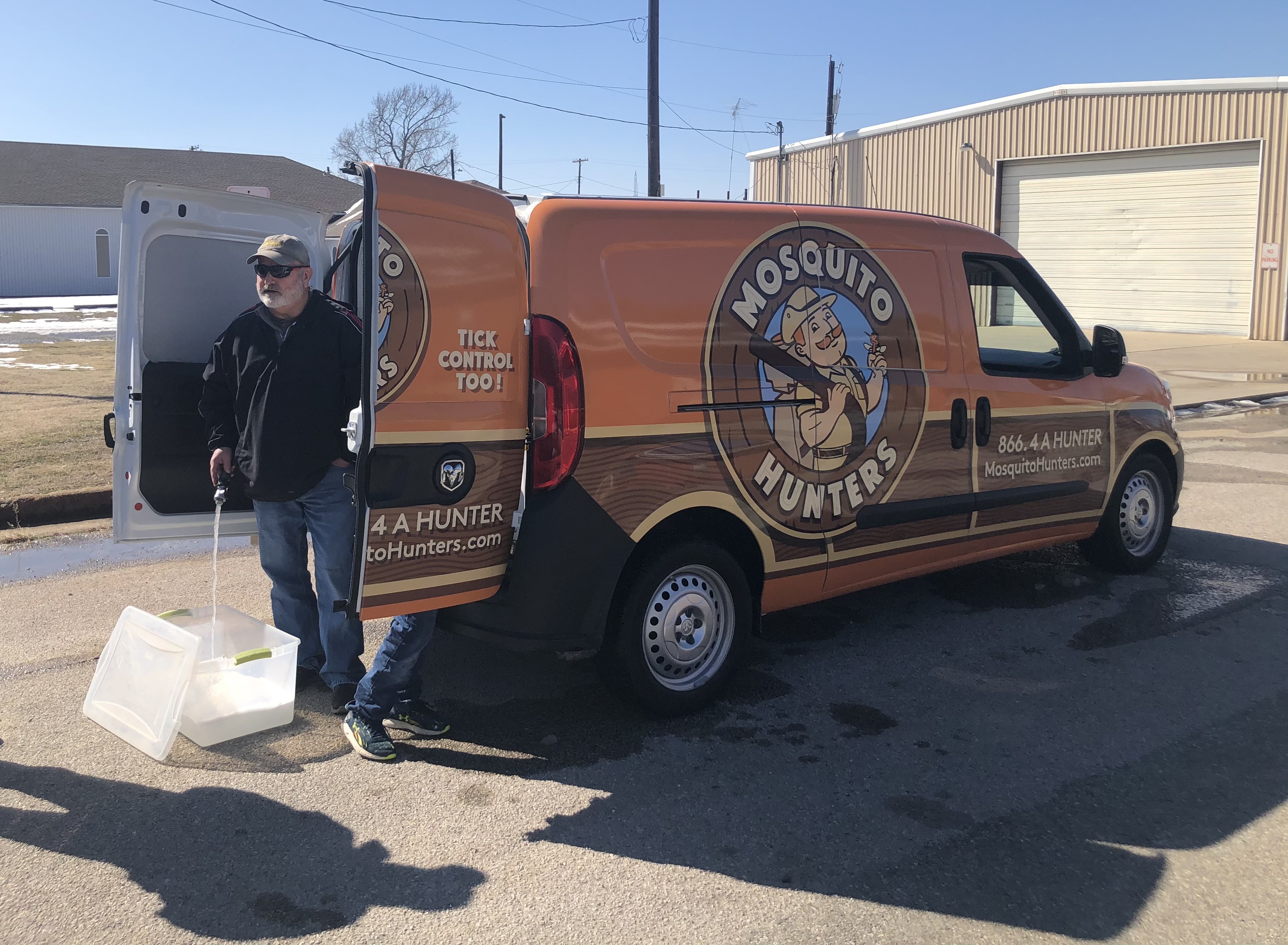 Preparing for next time

The library is pursuing designation by the electric company to keep the building power on in case of emergency. Due to our fast Internet connection, abundance of computers and telehealth room, we are well equipped to be the center of activity in an emergency.

We plan to provide ongoing emergency preparedness displays in the library, such as “hacks” like setting up a tent in an unheated house to retain warmth. I wish I had thought about that when my house was 33 degrees.

I would recommend watching the Webjunction webinar, "From Facilities to Trauma: Disaster Planning and Community Resiliency at Your Library [5]."

Strategically, one of the reasons we think it is important for the library to be involved in emergency preparedness/disaster response is to elevate our position and open new funding streams. Unfortunately, some stakeholders in government positions still believe the library is limited to checking out books and offering story times.

Statewide, the emergency management professionals have been told to prepare power outages throughout the coming summer. They’ve also realized that the new guidance needs to prepare people for 7 to 10 days without help.

Libraries: What would you do now to prepare for 10 days without power or water?