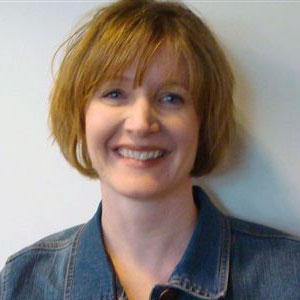 In June 2010, Johnston (Iowa) Public Library [2] was one of the libraries chosen to host the “Visions of the Universe [3]” traveling exhibition sponsored by the ALA Public Programs Office. The grant application recommended that we incorporate STEM programs that best fit the needs of our community into our plan. It was my first time hearing the term “STEM,” and I’ll be honest—I had no idea what it stood for. “Silverback Turtles Eat Manhattan?” “Snails Tolerate Evil Maniacs?” I was pretty certain I wasn’t anywhere close. So, like every other self-respecting librarian, I started by Googling it. I also called the local high school and spoke to their librarians and science teachers. They referred me to a few others, and before I knew it, we had the science, technology, engineering, and mathematics (STEM) programming for our exhibition!

But let’s back up a bit. Why should libraries offer STEM programming? Science education in the United States lags behind other countries, and it’s in our best interest to get kids interested in science so we don’t fall even further behind. What better place than a library to help provide learning, literacy, and real-world experiences?

In addition, contributing to STEM learning is one way for libraries to cultivate community relationships—not only to be a valuable resource when needed, but to be proactive and anticipate community needs. Libraries are only one of many resources the public has available, and the public is best served when community organizations—including schools, corporations, local businesses, and other agencies—share resources and expertise, maximizing efficiency, expense, and impact. In my seven years of programming experience for Johnston Public Library, our most successful programs have resulted when we stepped out of our comfort zone and worked on joint ventures within our own library between departments, and with other community organizations and individuals. Who benefits? The entire community.

Our director will often remind our library’s staff that building relationships is essential to a library’s success and survival. Over her seven years as

director, she has built several solid relationships with various community organizations and businesses. She has always encouraged me to go out into the community with outreach technology programs and senior booktalks, and she supported a partnership I developed with our local police department for safety programs. From that partnership, we started a Community Crime Prevention Council featuring all city departments and the community education office, which has since developed several community-wide programs. We discovered our existing relationships were essential in helping us develop our STEM programming—and quickly, as we were one of the first to receive the exhibition. 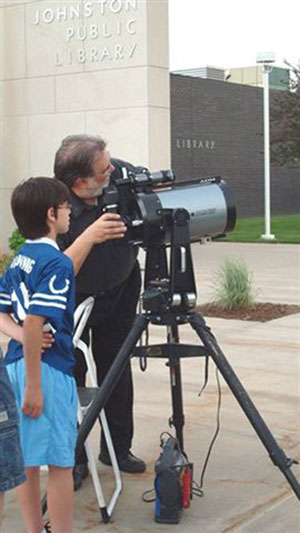 I contacted the Johnston Fire Department to help with our lunar module “drop.” The department graciously brought out their ladder truck to bring the lunar modules children made—complete with an uncooked egg—sixty feet up in the air and then drop them. The top three modules that had un-cracked eggs after being dropped twice won gift cards donated by local businesses. Mad Science [4], an organziation that designs science programs for libraries and schools, was hired to do two programs on space travel, and another on space phenomena, a program developed with NASA. We also coordinated with our local schools to have them bring in the entire sixth-grade class, over the course of two days, to receive tours of the library, the “Visions of the Universe” exhibition, and the Science Center of Iowa [5]’s Star Lab, which was set up in our meeting room, as well as to participate in a scavenger hunt highlighting the library’s science-related databases and books. The Star Lab was kept for three days, and was available to the public and to the homeschool community on its last day at the library.

With the assistance of the Smithsonian Astrophysical Observatory [6], we set up a Skype session with Dr. Bryan Mendez from their “Scientists on Reserve” program. That same evening, we had an F-16 pilot from our local military facility, Camp Dodge, talk about his experiences and bring his equipment for everyone to try on. I contacted one of the local astronomy clubs for an after-hours “Night out with the Stars!” The group brought three of their telescopes and allowed the public to view numerous constellations, planets, and galaxies in our parking lot. We were fortunate enough to have the exhibition during our town festival, so we contributed a craft table in which more than five hundred children made their own telescopes. In addition, as part of our regular family movie day, we also watched the Astronaut Farmer.

Thanks to shared community resources and the relationships we’d built, as well as the financial assistance of two grants, we were able to keep costs at a minimum. While none of these resources were free, the costs were absorbed by the other departments (for example, the cost of having a fire truck and firefighters, or bussing for the school children); or funded through the stipend we received from the “Visions of the Universe” exhibition. The Science Center of Iowa used grant money to help us provide the Star Lab to the public for three days. Prizes we offered were all donated by local businesses. Other STEM opportunities and resources we needed were all found through the Iowa Governor’s STEM Advisory Council website [7].

In the course of two months, from April 21 to June 22, we had more than 1,300 participate in our STEM programming! The participants loved the hands-on programs we offered that incorporated the entire family. We had a really positive response from our community and other libraries with using Skype as a resource to provide “big-name” people for no charge, and we have since used Skype for an author talk. The patrons loved the fact they could walk up to the computer, ask their own questions, and be face-to-face with someone who has made a large contribution to society. The firefighters always draw in a large following of admirers, and they love a chance to be out in the community making a positive difference. Many of the patrons have repeatedly asked to have us bring the astronomy club back to do another “Night out with the Stars!” One of the biggest benefits I was excited by was just the interaction between the various collaborators and community participants. It really brought a sense of community to this project and to our library I had not experienced with other programs and projects. 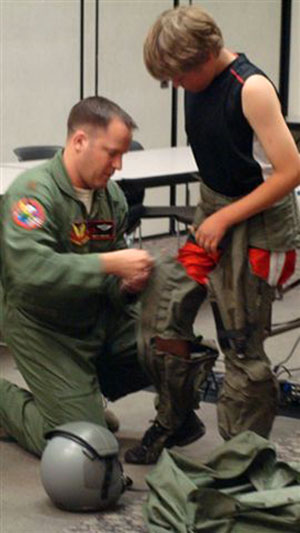 I Know It Isn’t Easy

Small to medium-sized libraries like Johnston Public Library don’t always have a lot of resources. However, we need to make the time and keep a connection to STEM learning for the sake of our community and its youth. In addition, STEM has been the most successful type of programming we have offered, and we’re committed to implementing it throughout the year in various ways.

Adding STEM to programming doesn’t have to be a life-changing event, as we have discovered. Giving a twist to a summer reading program can be done with just a small amount of effort. For example, our summer reading theme was “Get a Clue.” To add a unique STEM twist to it, our youth department (2.5) staff decided to help kids solve mysteries using science. Our fire and police departments have assisted in story times and other science programs. Our Community Crime Prevention Team is a part of C.S.I. (Crime Scene Investigation) classes the police department holds at the library. They demonstrate how they use science and technology to help solve crimes, including how fingerprints can be lifted off various objects and how footprints are taken. Currently, we are working with the Geographic Informational Systems staff from our Community Development Department to create a program that demonstrates how a community is mapped and the importance of it, especially when emergency services are required at a location.

Our youth department knows hands-on experiments capture the child’s imagination and attention. Mix it up into your own “recipe”—get families together with Legos & Literature; contact a local zoo or veterinarian and have them do a science program; do a story time for toddlers called “Sink or Float [8].” We’ve tried all of these program ideas, and the response to this type of STEM programming has been overwhelmingly positive.

That’s how Johnston Public Library got involved with STEM. It started with a grant, grew with relationships, and continues with a thriving, growing, dynamic community.