Author's note: This is another installment of "Rural Roots," a blog about rural librarianship and its challenges. In this and upcoming articles I’ll be sharing ways in which many of these challenges were met and overcome in a small library in Colorado.

Around 10 years ago I was approached by a former county commissioner who asked if he could put a piece of furniture in the library lobby: an antique desk that he bought and converted into a stand for a scrapbook. He wanted to donate this desk to the library, and another woman would supply a scrapbook with plastic sleeves. In this book, he explained, would go the obituaries of individuals who had lived in Gilpin County. The people didn’t necessarily have to die in Gilpin County, but may have lived here at some point in their lives, and perhaps would be known to friends and neighbors who were still around. 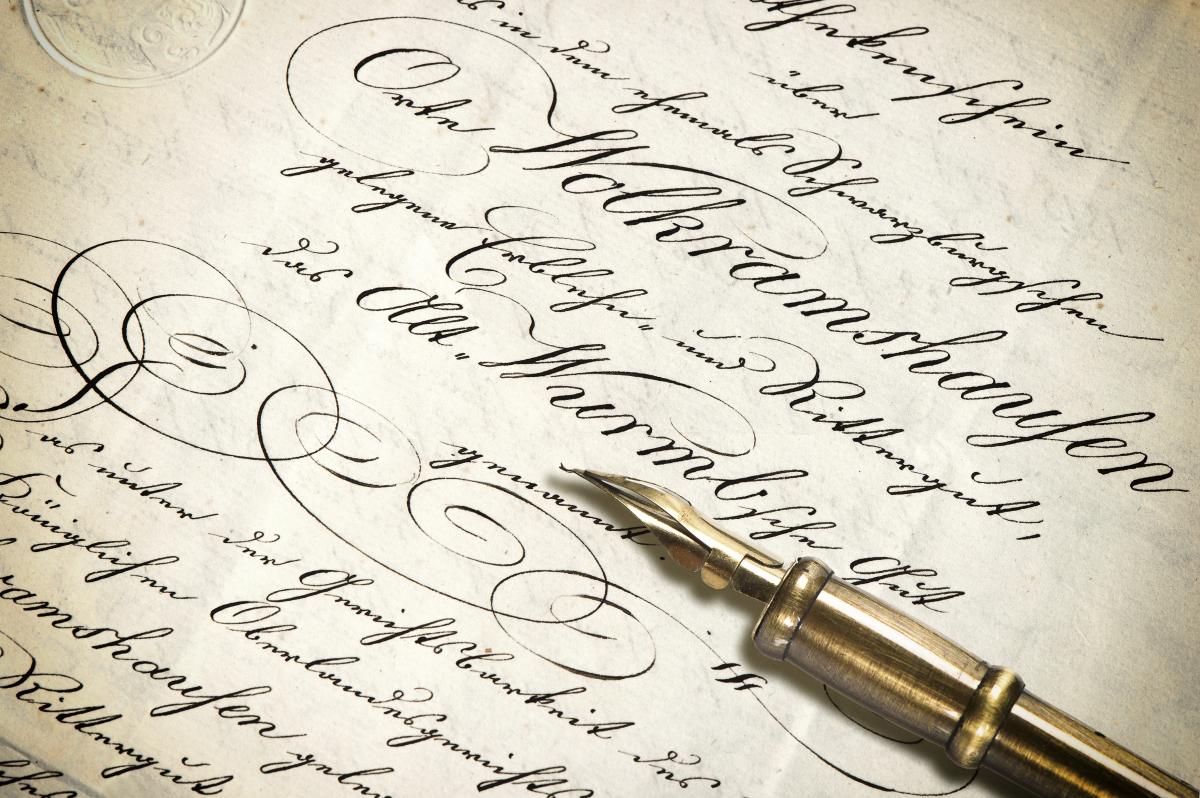 This sounded like a good idea, but when I thought about it I began to worry about who was going to be responsible for keeping it up. The former commissioner told me that everyone would have that job. To me, "everyone" meant no one in particular, and that was worrisome. Still, I said yes to this unusual request.

The antique desk appeared, and just the right size. It also was on wheels so it could be easily moved if necessary. (Once a year we relocate it to a spot nearby to make room for the lobby Christmas tree.) A large scrapbook with loose leaf, transparent sleeves suddenly appeared one day. I didn’t see it delivered, but it appeared, apparently out of nowhere, and I noticed it when I was walking by. A newspaper clipping was inserted into the sleeve of the first page — the obituary of someone who once lived and died in Gilpin County.

Then about a week later there was another clipping. Then another and another; they kept coming. The first few pages filled up on both sides with these clippings. This woman who had partnered with the commissioner on this project was bringing them by and slipping them into the sleeves of the scrapbook. There were about a dozen loose leaf pages, and in a few months they were filled up. For a moment I worried once again about the need for more blank pages, but again, one day they just appeared.

Now keep in mind there was no sign or description that people could read to know what this book was, and there were no rules about its use. Nothing on the cover to name it, and no sign nearby making it clear what it was. But before much time had passed, people took notice of it, out of curiosity at first. They would stand there and flip through the pages and read about the lives of people they probably never knew, but who all had one thing in common: they had lived and died here in Gilpin County, or had lived 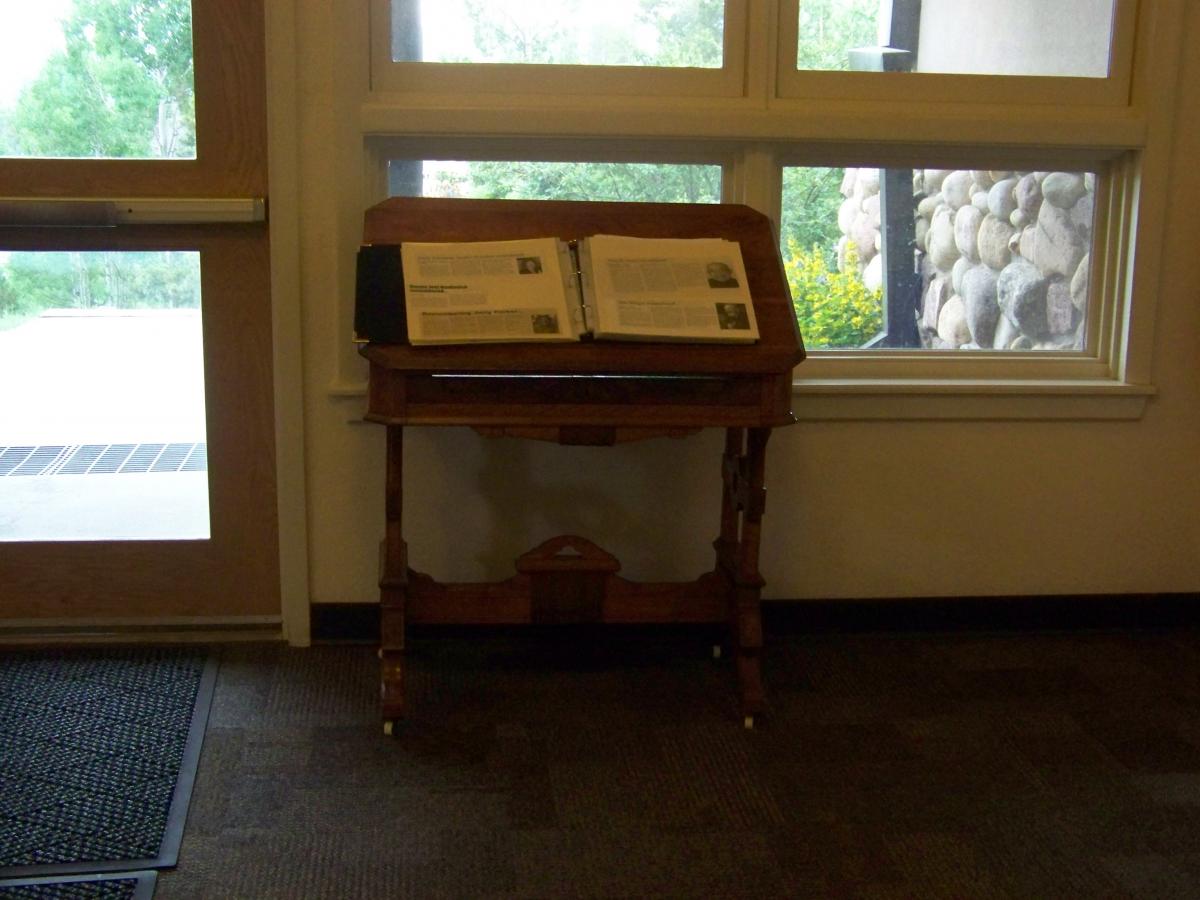 here once and maybe had died somewhere else, but the local newspaper had seen fit to publish their obituary. Sometimes people would ask me or another library staff member what this was all about, and we would say, more or less, “What you see is what it is.” And if someone asked if they could put a clipping in, the answer would be “of course.” But most times nobody asked anything. They would just stop on the way in or on the way out of the library and flip through, or add something, to its pages.

Gilpin County has grown over the years, but its population is around 5,000 at present. There are three small towns to speak of, two having about 300 people, and one having 75. The remainder of the populace now lives in developments, scattered to all four corners of the county. I just checked, and there are 188 obituaries in the scrapbook, even as I’m writing this. Next week at this time there may well be 189, or maybe 190 — the point is, it’s a book that has no ending. I know I will be in it one day, and of course I’m not looking forward to that, but nevertheless I’ll have a spot since I’ve been the librarian here for 14 years, and may add one or two more years before I retire.

Who is going to cut my obituary out of the newspaper and put it in the book? The answer is nobody and everybody. This book has a certain magical element to it. Yet here it is, virtually in the middle of the library, which is virtually in the middle of the county — and it continues to grow and expand, almost by itself, with no one stepping forward to take credit (or blame) for it being here. It’s our book, we who live here, and those who will live here some day in the future. Others who never knew us will read about us, what we did when we were living in Gilpin County, and who we were survived by, if anyone.

And that is a form of legacy of this tiny, rural public library in this tiny county, and it’s not something the library board, or the friends of the library, or the library director or staff, or the county manager, or current board of county commissioners, did. And yet it may well be the most important book in the library.