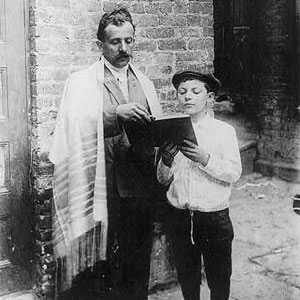 Held each May, Jewish American Heritage Month (JAHM) was established in 2006 to recognize more than 350 years of Jewish contributions to American culture in fields ranging from sports and arts and entertainment to medicine, business, science, government, and military service.

The JAHM Coalition website [2] has a wealth of resources for celebrating Jewish American Heritage Month, including an events calendar [3] to which libraries can add their events, stories about notable Jewish Americans, a historical timeline [4], and teacher curriculum [5] and other online resources [6].

The Library of Congress, along with the National Endowment for the Humanities, National Gallery of Art, National Park Service, the United States Holocaust Memorial Museum, and the U.S. National Archives and Records Administration, also has an informative site devoted to Jewish American Heritage Month [7]. Offering information on exhibits and collections, images, and audio and video, the site includes stories from Jewish Americans, including “From Haven to Home: 350 Years of Jewish Life in America [8]” and “Jewish Veterans of WWII [9]” as well as the National Park Services’ “Jewish American Historical Places. [10]”

You can find general information about Jewish culture as well as related links, bibliographies, music and DVD lists, and more at the following sites: