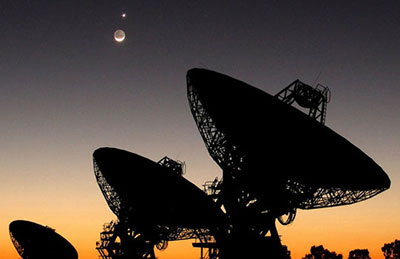 Those who know me know that I am quite the science fanatic. While I possess neither the technical skills nor the knowledge to actually pursue a career in science (I have the report cards to prove it), I do possess a deep-seated love and passion for scientific research and discovery in a variety of fields, including space, space travel and the search for potential life in outer space. I regularly listen to NPR’s “Science Friday [2]” as well as “StarTalk [3]” with Neil deGrasse Tyson, and I follow Bill Nye on Twitter [4]. So it would naturally follow that I want to share quality scientific programming with our library patrons.

However, before I begin this blog, I would like to make one small caveat:  Science is a complicated field.  Not just because it involves numbers and squiggly lines, but because it is not subjective like art, music or literature. As a matter of fact, the very mission of science is to be as objective as possible. This may sound simple to some, but many people get confused when presented with scientific evidence or topics they don’t agree with, and they sometimes respond by saying, “Well, that is just an opinion.” Science is not about opinions but instead about evidence. I mention this because it is important when we present programs of a scientific nature at the library that they be evidence-based and not based on non-vetted content posted on Facebook or Twitter or even worse, "Inside Edition"!

The search for intelligent life (and a speaker) 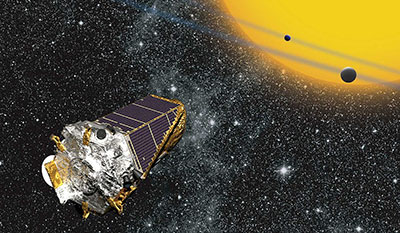 My passion for all things space-related comes in part from watching the original PBS series “Cosmos [5]” with Carl Sagan in the early 1980s. Dr. Sagan had the unique ability to instill passion and inspire imagination while at the same time tempering all that he presented with reality. It was this inspiration that drove me to want to bring science-based programs to our library. So in 2009, when NASA launched the Kepler telescope [6] into space, I was very excited. Kepler’s sole mission was to discover Earth-size exoplanets in or near the habitable zone and estimate how many stars in our Milky Way might have such planets. Since Earth-like exoplanets orbiting a star similar to our sun in the habitable zone might be prime candidates to host alien life, the mission naturally led to discussions of what finding alien life would mean for humankind. The search for and possible discovery of life elsewhere in the universe was a topic I was eager to bring to our library. The subject of intelligent life in space is fraught with pseudoscience and charlatans. So it was with a delicate and balanced measure that I sought a speaker for such a topic.

By coincidence, in that same year Dr. Seth Shostak, senior astronomer at the SETI (Search for Extraterrestrial Intelligence) Institute [7], published a book titled “Confessions of an Alien Hunter: A Scientist's Search for Extraterrestrial Intelligence [8].” Dr. Shostak began his career with a degree in physics from Princeton University and a PhD in astronomy from the California Institute of Technology. He also produced a lecture series on "The Search for Intelligent Life in Space [9]" for the Teaching Company and he hosts SETI’s Big Picture Science podcast [10].

I emailed Dr. Shostak and was pleasantly surprise when he replied. In hindsight, I believe he was simply showing me the common courtesy he is expecting from beings outside our solar system. Dr. Shostak was wonderfully gracious and agreed to do a book talk at our library. I was beyond ecstatic and immediately began planning the rest of the event.

You've got him; now what?

Two of the most challenging and important things in adult programming are booking an event and then making sure people attend said event. While having a daylong one-on-one with Dr. Shostak sounded appealing to me, I was certain he would find it infinitely boring. My quest then became to locate groups and organizations that would naturally gravitate (no pun intended) toward this topic.

To generate community interest in the program, I contacted every local astronomical organization I could find, as well as every local school with an astronomy program or club. I then contacted local nature centers and museums. Each message was personally addressed to the organization and came with a flier and kindly requested that they forward it to their members or students who might be interested in attending.

When Dr. Shostak arrived in LA, I picked him up from the airport and took him to lunch at Jerry's Famous Deli before his presentation. As it turns out, in addition to all the sciencey stuff he does, he is frequently consulted by the movie industry when they produce science fiction films. He happily told me about the times producers and writers would call and ask if aliens would do this or that, to which he typically responded with a well-educated, fact-based answer. This, of course, was not what they wanted to hear. They wanted to hear that it was perfectly feasible that Jeff Goldblum could hack into an alien spaceship using a MacBook connected to a spaceship via a parallel printer port or that most aliens look human with the exception of some green paint and maybe a silly forehead or two. Far be it for Hollywood to let science get in the way of a small budget or plot point. I like to think at least they tried.

ET is (probably) out there — get ready

When we arrived at the library, the  meeting room was packed. Tons of people showed up, and I was even able to make some good connections with local science-based organizations. Dr. Shostak proceeded to give an outstanding presentation and Q&A. What I liked most about his presentation style, besides his wonderful delivery and vast knowledge, is his Sagan-esque way of keeping things relatable and real. While SETI is cautiously optimistic about finding intelligent life in outer space, they are aware of the challenges. When instances occur that might lead to a possible discovery, they are the first to say that it might not be likely or that it needs more research. Despite all of his prudence and discretion, Dr. Shostak ended the presentation by betting everyone in attendance a cup of coffee that we’ll find aliens within the next 25 years. If you'd like to get an idea of what Dr. Shostak’s presentation at our library was like, he did a similar presentation later for TED entitled “ET is (probably) out there — get ready [11].”

Since that day, Dr. Shostak has been back to our library a few times. Each time he brings new information and as many questions about the universe as we have managed to answer. I think the whole question of the existence of extraterrestrial intelligent life in the universe is a win-win. If we find irrefutable proof of alien life it will be undoubtedly the greatest discovery of all time. If we don’t, I will be looking forward to my complimentary cup of coffee from Dr. Shostak. I’m thinking a 128-ounce Sexagintuple Vanilla Bean Mocha Frappuccino from Starbucks, I believe they cost around $100.