Hour of Code [2] is an annual event (held in December during Computer Science Education Week [3]) created in 2013 to encourage students to learn computer science and advocate for more schools to teach it. Only 25 percent of U.S. schools teach computer science, according to Computer Science Education Week. That's where libraries come in: By hosting an Hour of Code event, librarians provide a platform for patrons to receive an engaging introduction to computer programming. If you're interested in hosting an Hour of Code event at your library but aren't sure where to start, read on to see how we did it! 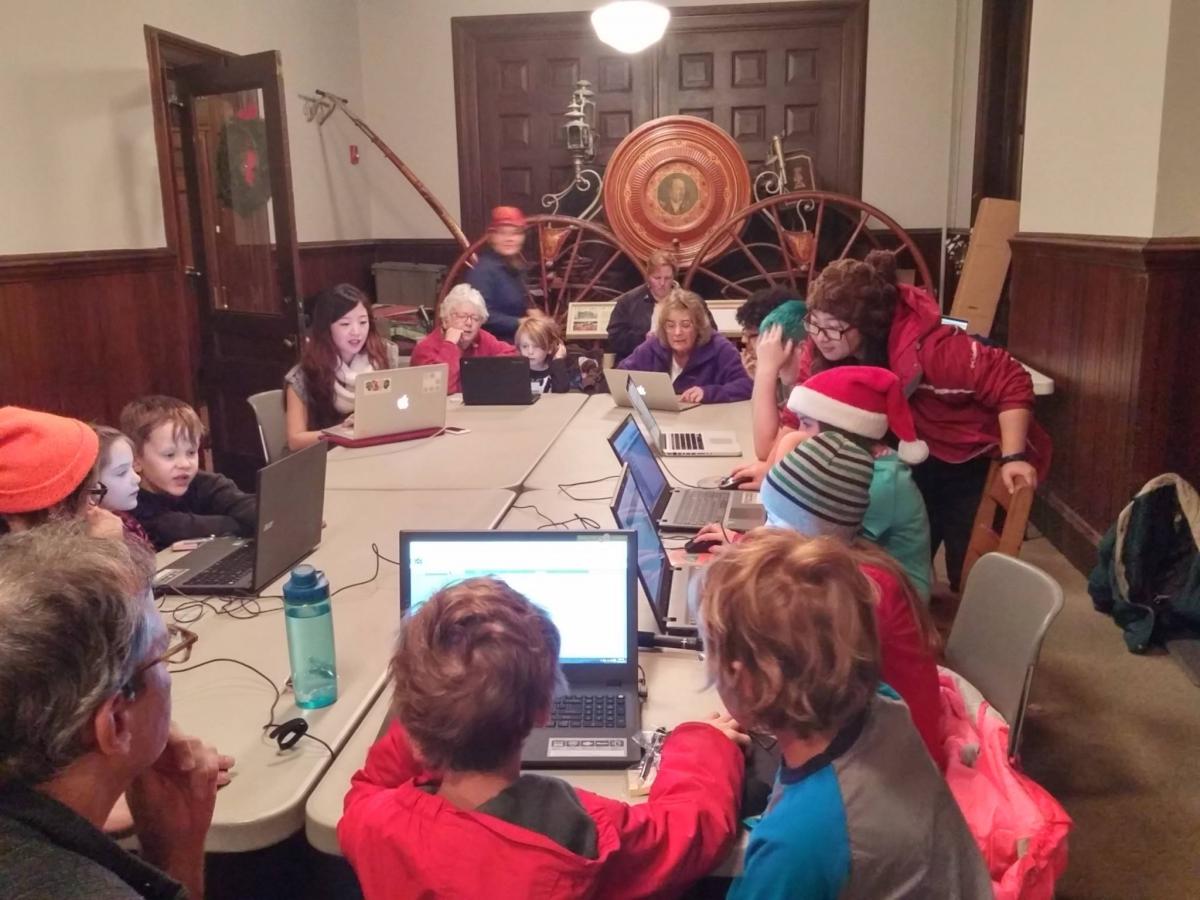 This was the second year our library organized the Hour of Code event, and it was a ton of fun! The idea is that you can start with just one hour of learning programming and go from there. Although the annual event is held in December, libraries can host it year-round. The project's curriculum is housed on code.org [4], which contains a number of fun, accessible coding activities.

Since all of the activities are browser-based, the Hour of Code can easily be done from home, but it's fun to do it in a group setting. It's also easier to manage if you have volunteers who know at least the basics of computer science.

How We Did It

First, sign up on the Hour of Code website to let organizers know you will be hosting an event. This is not strictly necessary, but it is helpful for expanding your event's reach. Users of the website can search for nearby events, and if you're on the map, you may get some new patrons out of the deal.

Once you sign up, you will be put on the Hour of Code email list, through which you will receive helpful tips and resources. The website may mail you a kit (we got one this year) which includes posters and stickers. It also offers ideas [5] on how to promote the event such as using a trending hashtag or contacting local elected officials.
For this event, I've found that it is crucial to require sign-ups in order to assure there are enough computers and helpers to go around. You can either have the children work independently or in pairs on the computers. Make sure to print certificates of completion [6] for registered participants. 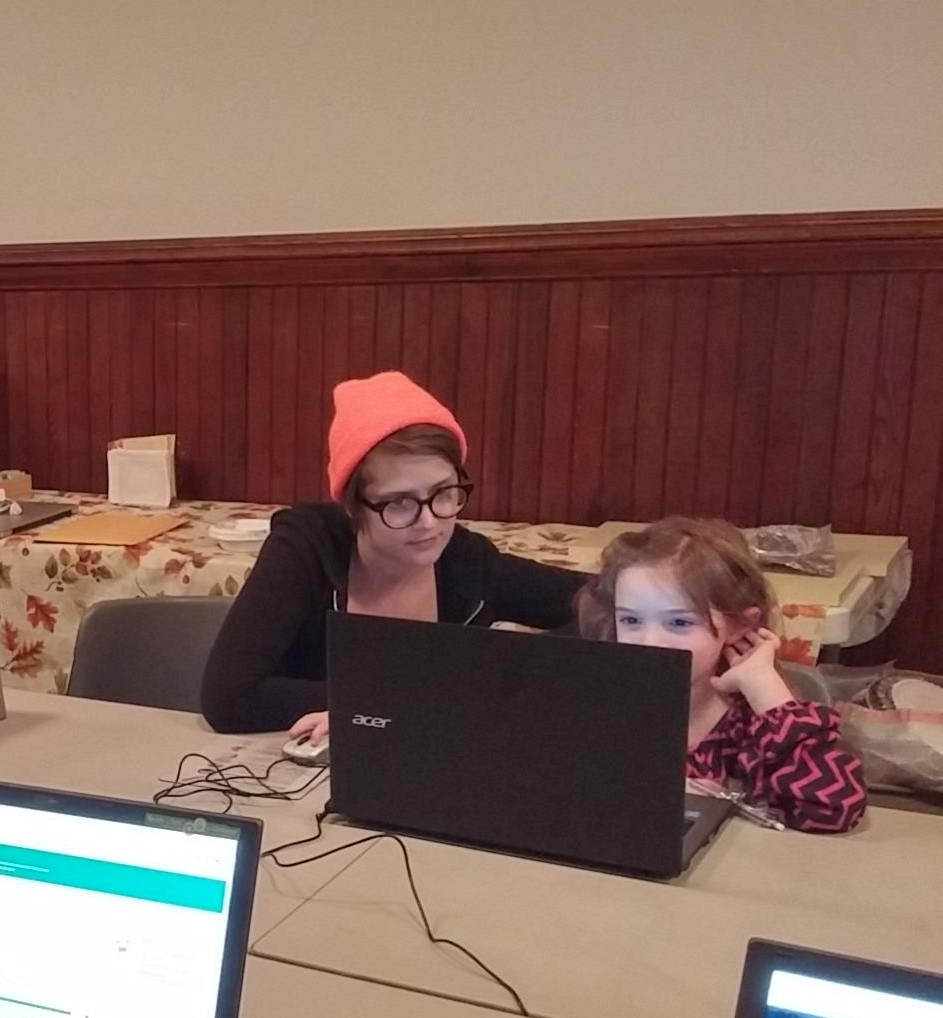 The next thing you'll need is volunteers. I conveniently have some background in computer science since I minored in it in college, but the concepts are actually pretty easy to learn. You can play through the tutorials [7] beforehand to have a good idea of how they work. However, if you can procure a few volunteers, do it! I oversaw our 2014 Hour of Code event by myself. I ran myself ragged running from child to child and helping them complete the tutorials. This year, I had four helpers from a nearby college come and assist, which was wonderful! They were almost able to help the children that needed it one-on-one, and I was free to take care of other things.
We recruited volunteers by contacting the local college (with whom we frequently partner), but you can also find volunteers through the Hour of Code website. Once you've signed up to host an Hour of Code event, you will get an email explaining how to search for and contact volunteers. 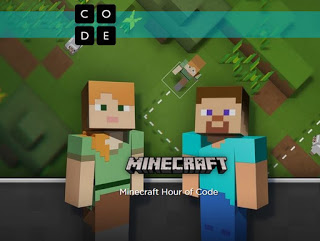 The Hour of Code gives many different options for hour-long tutorials which cater to varying interests, ages and abilities. It's a good idea to pick one tutorial for your students to work on. You can let them do different ones, but it is easier if everyone is doing the same curriculum. This year, we decided to do the Minecraft tutorial.
One thing to keep in mind is that most of these tutorials teach computer science concepts, not actual programming languages, so they tend to work best for kids with no previous coding experience. There are complicated tutorials for older, more experienced coders featured on the tutorial page, including an introduction to Javascript hosted by Khan Academy, but if you have less experienced participants, you are better off sticking to the more basic tutorials featuring Minecraft, Star Wars, Frozen and Angry Birds.

The Day of the Event

On the day of the event, we set up the computers with the tutorial already on the screens. Once all the children arrived, we showed them the video at the beginning of the tutorial and then invited them to begin. We assisted when they needed help, but we mostly left it up to them to work their way through the challenges.
There are short instructional videos throughout the tutorials. You may want to give each child a pair of headphones so they can listen to them without disturbing their neighbors, who may not be at the same point as they are.

When the hour was over, we handed the children their stickers and certificates. Some weren't done with the tutorial, but we told them that was OK since they could do it from their home computer. At the end of the event, I told the children and their parents where they could go for more online programming tutorials. They could obviously go back to code.org for more activities, but there are many other online learning tools that they can graduate to when they're ready such as Khan Academy [8] (which teaches HTML, CSS and Javascript) and Codecademy [9] (which teaches a number of different programming languages, including Javascript, SQL, Python and Ruby). There's also MIT's Scratch [10], which uses a sort of pseudocode to teach the concepts of computer science and allows kids to make real, functioning games to share with their friends.
All in all, the event was a success! I could tell it was fun by the raucous crowd of kids and parents gathered there that day, and the kids told me afterward that they found it educational. Many of them wanted to learn more and asked me to host similar events in the near future. Because we had great curriculum and helpful volunteers, our Hour of Code was an awesome event — one we plan on doing again in 2016!
Popular Topics
STEM
Audience
Children / Family
Community Members
Budget
Free
Related Links
Stop-Motion Animation Workshop [11]
iMovie Workshop [12]
Delightful Programs: Takeaways from Computers in Libraries 2015 [13]
Back to the Future: Offering Back-to-Basics Programs for Technology-Challenged Patrons [14]
©2008–2020 American Library Association
Public Programs Office | 225 N. Michigan Ave., Suite 1300, Chicago, IL 60601 | Contact Us