The Makerspace movement erupted in the early 2000s with designated spaces for communities to come together, use tools and learn skills. The Fayetteville (N.Y.) Free Library was the first U.S. public library [2] to install a permanent makerspace in 2011 with its “Fab Lab.” One year later, librarian Katy Hite decided to explore makerspaces by co-founding Make it @ your library [3], a website that offers “curated maker content for libraries."

Make it @ your library [3] was first envisioned in 2012 through ILEAD (Innovative Librarians Explore, Apply and Discover) USA, a program hosted by the Illinois State Library and supported by grant funding from the Institute of Museum and Library Services (IMLS). At the program, Hite and her five-member team were paired with a mentor and asked to create a technology-driven project. The team worked on their concept, and nine months later they presented the final product: a website that allows librarians to filter and find makerspace ideas to bring to their communities.

Now, Make it @ your library lists nearly 300 maker ideas, and it recently partnered with the Illinois State Library to circulate free maker kits throughout the state. Programming Librarian spoke with Hite about the new partnership, the expanding definition of makerspaces and how these collaborative projects can benefit libraries.

Programming Librarian: Why did your team decide to make a website devoted to makerspaces for the ILEAD USA project?
Katy Hite: When we started, we knew we wanted to do something connected to the maker movement. At the time, it was just really starting to gain popularity. Through the course of the year, we found that a lot of people knew what the maker movement was, but they didn’t know how to get started or how to integrate it into their library.
Our team had a lot of combined program experience, but none of us had a makerspace at our library. We didn’t come to the project with a lot of previous experience, but we came out of it with a lot more. 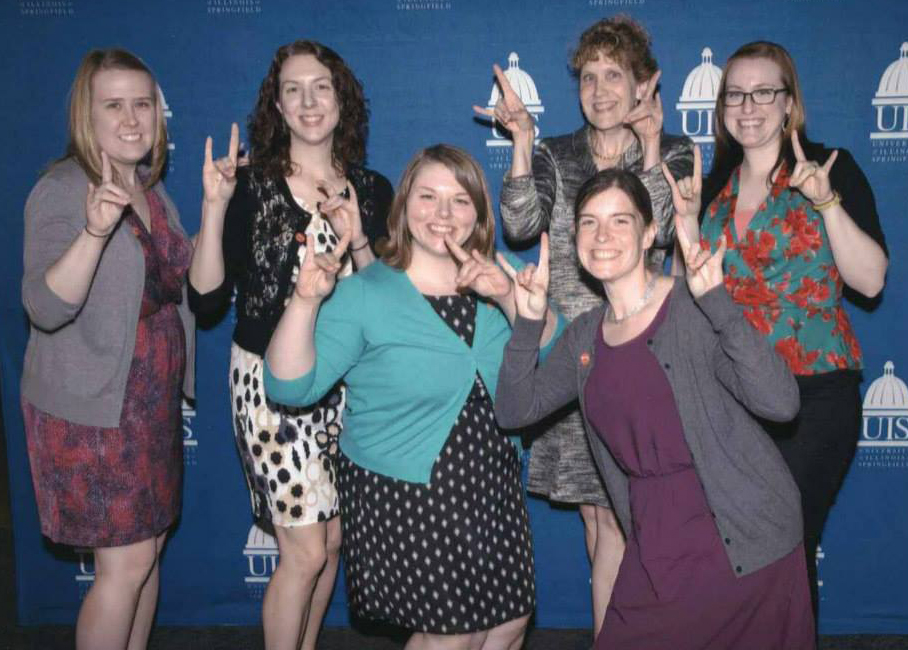 PL: When I think of makerspaces, I think of high-tech projects and 3D printers, but your site features how-to’s on Facebook photo booths [4],  pancake art [5]and paper record players [6]. With these in mind, how do you define makerspace?

KH: Everyone has their own definition, but we promote the idea that a makerspace can really be anything you want. It focuses on the hands-on nature of the maker movement. Some libraries have little circuit-building kits that can be packed away at the end of the day, and that’s great. Other libraries have sound mixing equipment, 3D printers and laser cutters, which take up an entire floor of a library. Whatever size library it is, we want people to get comfortable using what they have to explore maker projects in their communities.

PL: What are some of your favorite makerspace projects?

PL: Where do all these makerspace ideas on Make it @ your library come from?

KH: The website is powered by Instructables [10], a DIY sharing space where people can post their projects. We kind of have a content partnership with them where we have access to all their posts. When we see something that could work in a library, we add it to our website.

PL: Similar to Programming Librarian, Make it @ your library has filters to search for projects. Why did you include filters such as available tools, age level, cost, time for project and space?

KH: When we launched the website in 2013, we wanted to focus on providing library-appropriate programs; if someone was looking for a makerspace for 0- to 10-year-olds, they could find it. If they only had certain tools available or wanted to spend a certain amount of money, they could find a project. For a lot of people, Make it @ your library is a really good place to get started for ideas, especially if you don’t know anything about the maker movement. 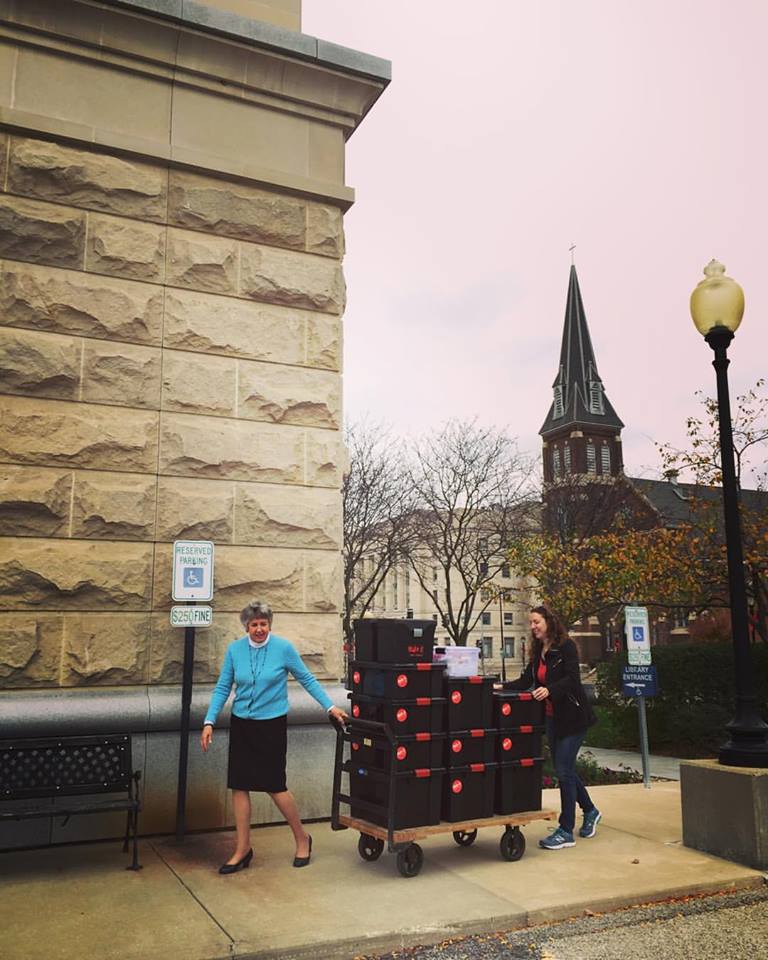 PL: What advice would you give librarians who haven’t offered a makerspace project before and are visiting your website for the first time?

KH: Start small and see if it’s right for your community. And don’t be afraid to do things that don’t work right away. Our big philosophy at Make it @ your library is that there is no such thing as failure. Even if it seems like you’re just playing with something, you’re still learning and making connections with things you didn’t know before.

PL: Are there any misconceptions of makerspaces that you’ve come across?

KH: I think a lot of people immediately think they can’t do maker programming because it’s too expensive. But if you get back to the basics of thinking of things on a smaller scale, it doesn’t have to cost an arm and a leg.

PL: Make it @ your library’s most recent project is its partnership with the Illinois State Library to circulate maker kits [11] throughout the state. How did this partnership start?

KH: We wanted to put kits together and send them to libraries to provide people maker tools without them having to put any money forward. We applied for and received a prototype grant from the Knight Foundation in 2014 and sent five prototyping kits [12] to different libraries to get a sense of how well they were received, and they were received very well.

After we gathered the materials, we wondered how to send them out to libraries and how to decide which libraries would get them. So we partnered with the Illinois State Library, who we were familiar with from our ILEAD program, and starting circulating the kits this December. The State Library now stores the kits, catalogs them and does minor maintenance. But as far as I can tell, the maker kits don’t sit in the library long. There’s a pretty high demand for them.

PL: How do makerspaces and maker kits help patrons and libraries?