Literature plays a unique role in building global connections. Learning the stories of a culture is key to understanding that culture. Language, however, remains a barrier. That’s where translators come in.

Thanks to the process of translation, readers are not restricted to English-speaking countries when “traveling” through books. If books can take you anywhere, translators are the pilots or the ship captains who make sure you arrive safely at your destination. In recent months, a group of literary translators, librarians, publishers and activists created the Global Literature in Libraries Initiative [2] (GLLI) to develop literary collaborations that span borders. 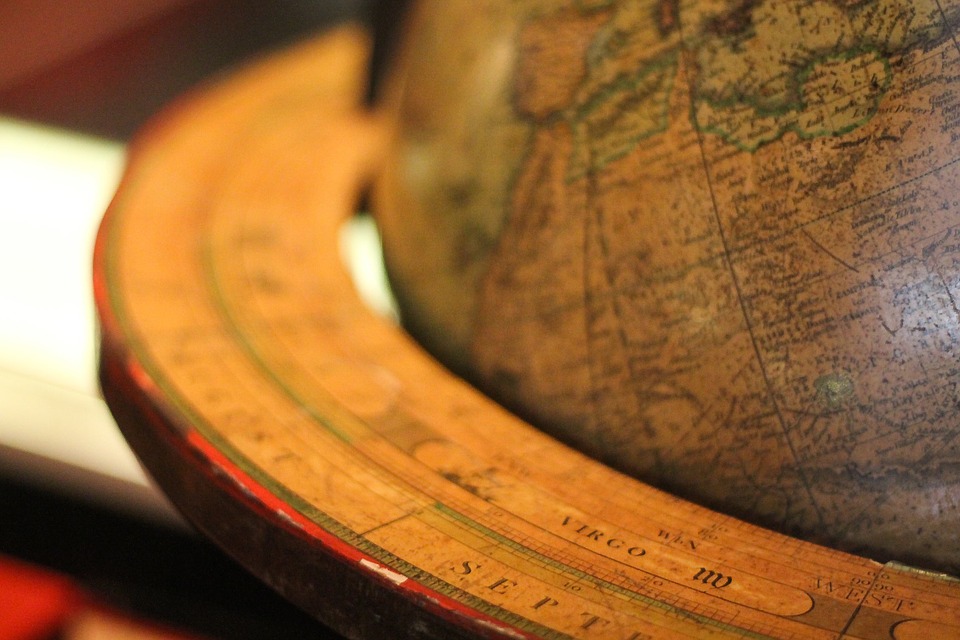 GLLI is here for the librarians…

Many review magazines don’t mention whether a novel is translated or foreign, and even if librarians wanted to highlight more foreign literature, they might be unsure how to do so. Librarians are ingenious at turning their favorite books into programming enjoyed by all ages, and GLLI can help spark that creativity.

Here’s part of its mission statement:

“The Global Literature in Libraries Initiative strives to raise the visibility of world literature for adults and children at the local, national and international levels. We intend to do so by facilitating close and direct collaboration between translators, librarians, editors and publishers, because we believe translators are uniquely positioned to help librarians provide support and events to engage readers of all ages in a library framework that explores and celebrates literature from around the world.”

As librarians, it’s our duty to transform the communities we work in, and not enough attention has been paid to the role of global literature in libraries. The publishing world doesn’t push for translated works, and often the translator gets shunted to small print on the copyright page. If librarians demand more international books, the publishers will listen. We can start by pushing the books that are already in circulation in our communities.

How do I incorporate international books into my programming?

The international children’s literature class at Rutgers University came up with several great ways to incorporate international books into programming — and it can all start this summer with armchair travel. Offer your patrons the luxury of travel without leaving their living rooms by reading an international book. At my library, I (Stacey) am hosting a mother-daughter book club from a different country each month. This month, it’s Swedish author Annika Thor’s "Deep Sea [3]," a book about World War II refugees. Programming has made the circulation of books like this rise, and I can’t wait to host the discussion.

As librarians, it’s our duty to transform the communities we work in, and not enough attention has been paid to the role of global literature in libraries.

International books are good programming materials for any season, not just summer. Members of GLLI have already created lists for Black History Month, Women’s History Month and Banned Books Week [4]. Use them to freshen up your history month displays and start a conversation with every patron who asks about these books.

After the terrible tragedy in Orlando, create a display with LGBT books from around the world and show the community that the library is a safe space. Linda de Haan and Stern Nijland’s "King and King [5]," for example, is a gorgeous Dutch picture book that deals with LGBT issues. Use it for storytimes and make king (and king) puppets with the children. Show that there is no room for hate in the libraries of the future, and make the library more inclusive and compassionate.

How do I get started?

Writers who live within a country or become a part of the culture offer a different perspective from writers who travel to that country as tourists or researchers. The We Need Diverse Books [6] movement has highlighted the authenticity that comes from being a cultural insider. Authors from the international settings of their books are the cultural insiders.

International authors such as Elena Ferrante, Steig Larsson, Roberto Bolaño and Haruki Murakami have garnered critical acclaim and spots on bestseller lists. But they're not the only ones. Besides these big-budget titles published by major houses, small literary publishers and university presses have brought stories from around the globe to U.S. readers. Many of these publishers specialize in certain areas of the world, such as Middle Eastern or Japanese literature in translation. They should be a first stop when you "book" your trip for yourself and your library users.

Open your library to a world of new books, and let GLLI guide you with lists and programming ideas. There is a whole world of books and authors Americans haven’t heard of yet, and they are wonderful, moving and deep. Check back often for updated lists, and start your own armchair travels.

Lyn Miller-Lachmann is the author of the YA novels "Gringolandia [8]," "Rogue [9]" and "Surviving Santiago [10]." She’s the Portuguese-to-English translator for the pictures books "The World in a Second [11]" and the forthcoming "Lines, Squiggles, Letters, Words [12]." A longtime member of ALA and YALSA and the former editor of MultiCultural Review, Miller-Lachmann blogs [13] on translation, diversity, writing and travel.

Stacey Shapiro is about to complete her degree in the MLIS program at Rutgers University. She's the current YA intern at South River (N.J.) Library [14], with a special interest in international books after attending the Bologna Children's Book Fair in April 2016.