I believe in the value of public programming, and I derive great satisfaction from both attending and planning them. Therefore, I was excited to be asked to speak at the 2017 ALA Annual Conference about “Creating Dynamic Programs and Events at Your Academic Library.” When an unavoidable conflict took away this opportunity, I opted to share my firsthand knowledge via the secondhand means of a video, available here [2].

When the Friends don’t fund 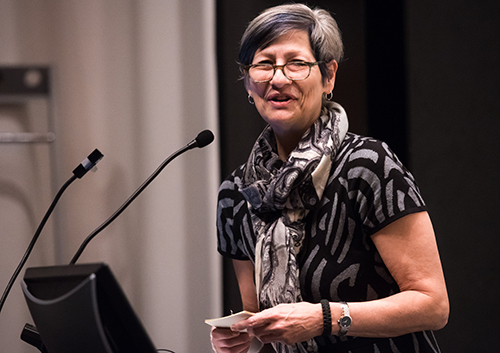 I have been a librarian at Queensborough Community College of the City University of New York for the past 25 years, serving in various capacities, from adjunct, to coordinator of reserve service, to library public relations. I have degrees in secondary English and counseling, as well as library science, and have been a high school English teacher and junior high guidance counselor.

My public programming work began when I was put in charge of Friends of the Library, which had been inactive for several years. Our Friends program had previously been responsible for a variety of arts and humanities programming on campus, and I attempted to launch its reanimation with a widely publicized music and lecture program, followed by wine and cheese. Through connections with library colleagues we obtained the services of an author and Ivy League professor, as well as a soprano, pianist and two woodwind players. The event was a smashing success with over 200 attendees.

However, the little table that I had set up with a vase of flowers and a sign-up sheet for Friends indicated far less interest. Only a meager handful of people wanted to take part.

Getting creative with dollars

I realized then that I couldn’t rely on my Friends group for fundraising. However, this didn’t mean that programs — like the smash-success lecture/music/wine event — had no value. Far more important than money was the opportunity for cultural enrichment. We just had to be more careful about spending in future programs, and seek other sources of funding.

I took stock of what our community wanted and what our campus had to offer. Queens is one of the most culturally diverse areas in the United States; some 84 languages are spoken on our campus. In addition to the 16,000 regular students, we cater to numerous continuing education students, including seniors on fixed incomes. The challenge became how to serve these diverse populations through high-impact programs on a low-impact budget.

We have found the answer through a variety of programs. We offer service learning and an annual Common Read. Whenever possible, we connect with three on-campus cultural resources: the Holocaust Center, an art gallery and a performing arts center. We try to support the school and environs with displays that we mount regularly. The public sometimes participates in the creation of these exhibits, and we try to connect programs with them when we can. The library helps celebrate special occasions, like the 50th anniversary of the college and the donation of Senator Frank Padavan’s papers [3].

We continued our Friends programs with music, poetry and history topics, albeit on a more modest scale, with variable success. We invigorated our programming by applying for — and receiving — several ALA programming grants, including “Let’s Talk About It [4]: Jewish Literature,” “Let’s Talk About It: The Civil War” and “Muslim Journeys Bookshelf.” (“Let’s Talk About It” reading and discussion program resources are available to all libraries and cover a large variety of themes [5]. I created a LibGuide for our Civil War discussion; you can view it here [6].)

Seemingly simple details can often make or break a program. Here are some lessons I have learned through my years of programming. 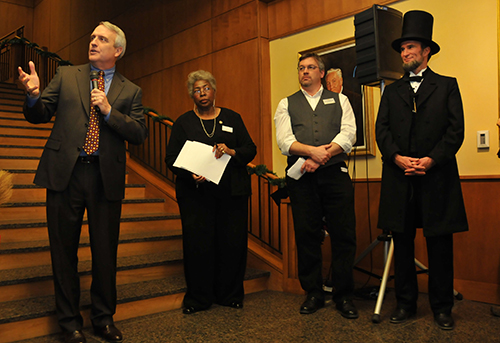 Nothing I have ever done professionally has afforded me more pleasure than an effective program that enriches lives. It’s right up there with having a student come in to tell you he got an A on his paper and to thank you for your help, or to see a lightbulb flash over a student’s head when she finally “gets it.”