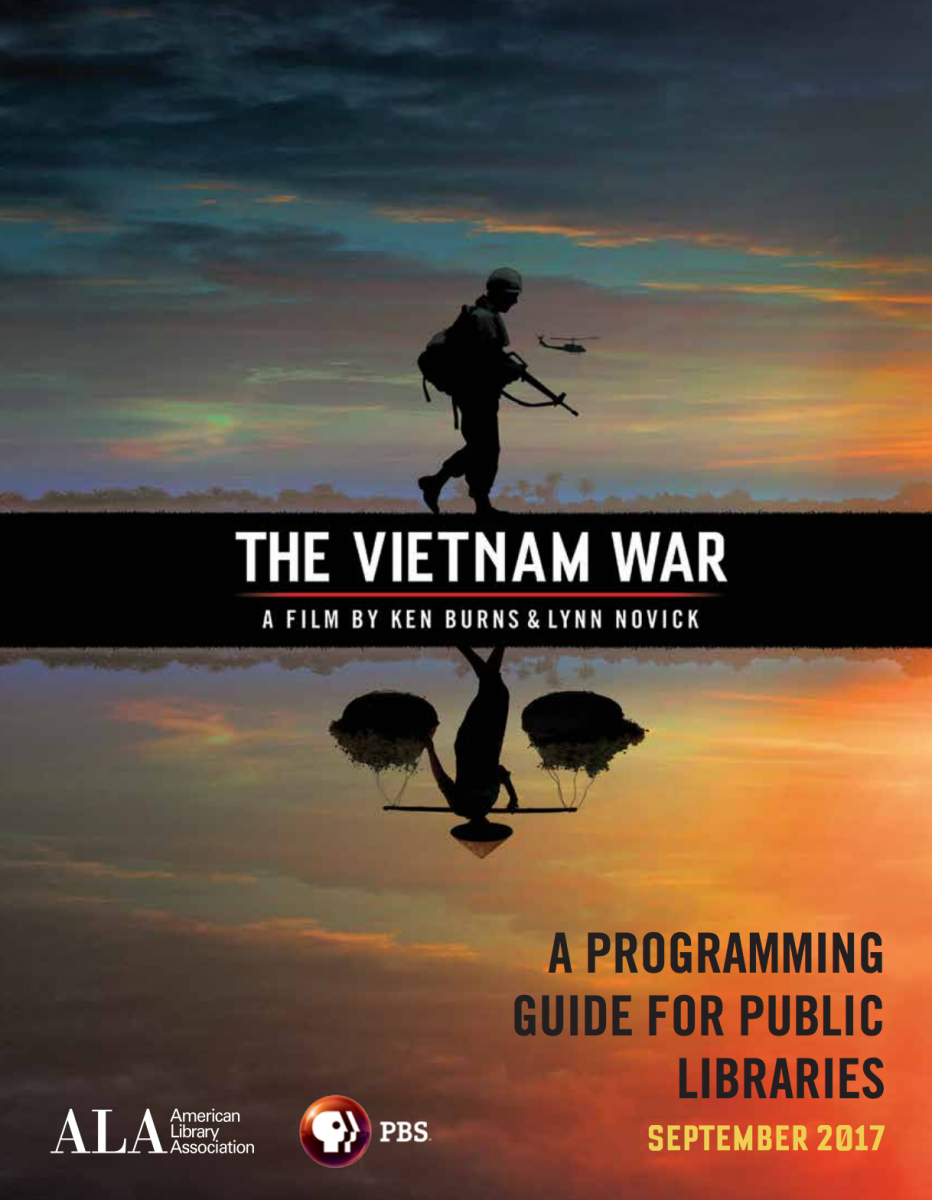 Libraries across the country — including 50 public libraries selected to receive a grant [3] from ALA and WETA Washington, DC — are preparing to host a variety of programs related to the series, including film screenings, oral history programs, Vietnam War-era exhibitions and more.

To help, the ALA Public Programs Office, in collaboration with WETA Washington, DC, has created “The Vietnam War: A Programming Guide for Public Libraries [2].”

Download “The Vietnam War: A Programming Guide for Public Libraries.” [2]

In “The Vietnam War,” Burns and Novick tell the epic story of the conflict as it has never before been told on film. The film features testimony from nearly 80 witnesses, including many Americans who fought in the war and others who opposed it, as well as Vietnamese combatants and civilians from both the winning and losing sides. Learn more about the film [4].

The programming guide is designed to help libraries participate in a national conversation about one of the most consequential, divisive and controversial events in American history.

The full series is available with public performance rights on DVD [5] and Blu-Ray [6], or screen clips or full episodes after Sept. 17 on the film's website [7].

Check your local listings for “The Vietnam War.”  [7]