“The book was better!” We’ve all said it, and most of the time, it’s true. The timeless discussion of whether the book or movie was better may never end. For me, it spawned a new program and partnership for my library, while attracting new patrons and re-invigorating regulars.

Book-to-Big-Screen [2] (B2BS) is a quarterly book and film event hosted by my former library, the Maitland Public Library, and an independent theater. This successful program came out of a desire to create additional community partnerships and a late-night discussion with a friend about movie adaptations of books.

Partner with a theater

I am of the humble belief that some movies really are better than the books, and can site the very unscientific Vouchercloud [3] study based on a list of 2,275 books turned into movies. After extensive additional unscientific research, I concluded that there are a few less disputed cases of “movie being better than book”: "The Godfather," "Forrest Gump," "Fight Club," "Shawshank Redemption," "Jurassic Park," "The Color Purple," "Life of Pi" and "Carrie" are frequent re-occurrences. (Please remember, this is completely subjective and only a representation of my own observations. I have never studied film professionally.)

In any case, armed with this information, I made an appointment to meet with our local indie theater’s community relations coordinator. As a fellow nonprofit, the theater was extremely open to this partnership, and participated in outlining the program over the course of several weeks. Book-to-Big-Screen was born!

The books and films were chosen in partnership with the theater. Selection depended on the time of year and what licenses the theatre could obtain. The B2BS model can change with the holidays and can be suited to accommodate a variety of audiences. For Halloween, we chose Stephen King’s "Carrie." To coincide with the local Zora Neale Hurston Festival for the Arts and Humanities [4], we chose Alice Walker’s "The Color Purple." There are plenty of ways to adapt this program for your community.

Screenings were held on Saturdays at 11 a.m. (This particular theater served a full menu with table service at your seats, so it being lunch time was not an issue.) On the day of the event, I would get to the theater about 40 minutes prior to showtime to set up a small table of promotional materials and display my library’s logo. As people started streaming in, I would chat about upcoming events and hand out bookmarks, pencils, etc.

Right before showtime, the theater’s community relations coordinator would introduce the film and remind the audience of the book discussion directly following it. I would then be invited to take the stage to mention a few upcoming library events as well. After the film, I often had a group of about 10 to 15 who stayed for the book discussion. I came prepared with questions for both the book and film, as well as author biographies, but often let the group lead themselves. 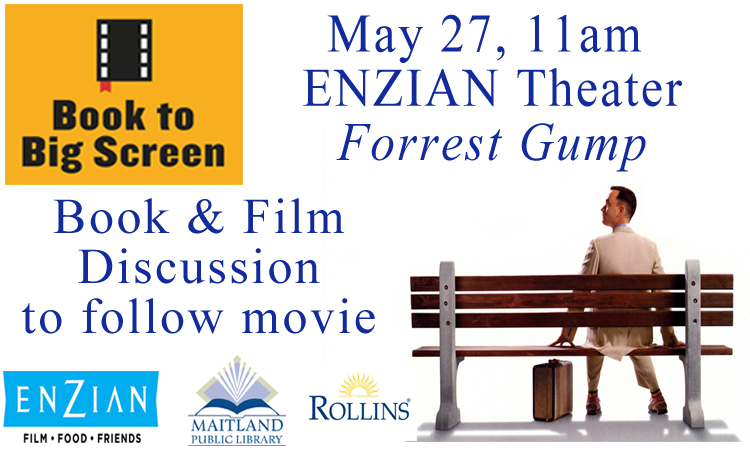 B2BS consisted of the theater screening a film, followed by a library-led book discussion. Originally, the program also included an additional book- and film-related presentation. For example, the first B2BS was "Jurassic Park," and the Florida Fossil Hunters [5] were invited to set up a display and short discussion at the event. The theater offered B2BS tickets at a reduced rate, and anyone could attend the book discussion or related presentation for free. We eventually dropped the related presentations due to complications, but depending on your library’s staff size, it could easily be introduced.

While that’s how it worked for us, there are so many ways this type of interactive program can work for you and your library. Give your patrons a survey and ask them what titles they think are better than the book. Ask your teens for feedback, and make it a teen event. You don’t even need the theater to do this in-house. If your library offers video production [6] equipment, consider recording the book discussion or interviewing audiences.

Look for a community partner. B2BS was successful for my library because of the partnership. Many longtime library patrons had never attended a screening at the theater, and many longtime customers of the theater hadn’t been to the library in years. Our cross-traffic proved a boon to each nonprofit’s attendance. It’s fun, interactive and offers plenty of opportunities to shake up the same old movie series!

Other models to explore